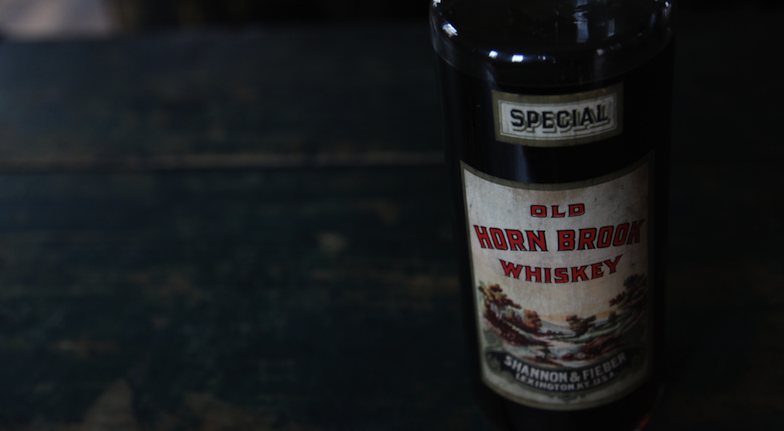 There is a lot of interest in collecting old ‘dusty’ bottles of whiskey. The prices of these bottles have risen tenfold in the last decade with some older bottles bringing prices in the tens of thousands of dollars. With the rise in price comes a rise in counterfeit bottles placed on the market by unscrupulous people. The best defense against fraud is to be educated on what a real bottle from that era looks like.

The 19th century produced few whiskey bottles compared to the 20th century. For most of the century Bourbon and Rye whiskeys were sold by the distiller in the barrel. A few retailers offered bottled whiskey to customers but the majority of the consumers furnished their own bottle, flask or jug and had it filled from the barrel. It is not until the 1880s that machine blown glass bottles were developed, making it profitable for distillers to bottle their own product. These first machine blown bottles used two piece molds similar to those used to make decorative flasks. These bottles had a seam that ran up the neck of the bottle. Unfortunately, this made the neck a weak point in the glass and the bottles with long necks tended to break easily. In the 1890s a three piece mold was developed with the neck being the third piece. The seam in the glass runs up to the shoulder of the bottle and disappears.

The first clue for dating these bottles is bottle itself. Hand blown bottles will have be less uniform than machine blown bottles, unless they were blown into a mold. The mold seams are clues as to when machine mold bottles were made. The bottle itself will tend to have air bubbles in the glass. There is also a wide variation on the glass color from clear to amber, to violet to smoky grey, to olive green.

The next thing to look at is the label. Most 19th century labels were printed by a lithographer making them a higher quality print than later machine printed labels. They vary in complexity from very decorative labels to simple labels with a brand name. There were no government regulations as to what could or could not be placed on the label. Proof and age were only indicated if the company bottling the whiskey thought it would be a selling point. Some lithograph companies offered generic labels that simply read ‘Bourbon’ or ‘Rye’. They might get a bit more specific with labels for ‘Monongahela Rye’ or ‘Kentucky Bourbon’, but the point of their business was to have labels printed that any grocer could use to put on their bottle.

In 1890, James E. Pepper gets the Kentucky laws changed to allow distillers to bottle their own product. Before the changes in the law, distillers could only sell their whiskey by the barrel, and if their product was bottled it was because whoever purchased the barrel from the distillery did the bottling. He introduced the idea of a strip stamp with his signature on it to go across the cork, sealing the bottle. He then advertised that if this signature was damaged, the consumer should be wary of purchasing the bottle because someone may have tampered with the whiskey, and it may not contain real Pepper whiskey. The strip stamp became popular and the government used the idea when they passed the Bottled-in-Bond Act of 1897.

In the 1890s the distilleries started to bottle their own products and that is when you start seeing the distillery name on the labels of their brands. Even rectifiers such as Brown-Forman and Paul Jones purchased distilleries in the 1890s and started to bottle straight whiskey brands along with their blends. The twentieth century will see further changes in label and bottles before prohibition shut things down for over a decade.

It is still possible to find 19th century bottles for sale. A major auction house recently auctioned off several cases of Old Overholt rye from the turn of the century. The important thing to remember is to be careful when buying these old bottles.Make sure the seal is intact and know what to expect. The most common seal in the 19th century was the cork and when looking at the cork it should have some detrition in the bottle. There will be some evaporation through the cork with a lower fill level in the bottle. If not then be suspicious. Beware of counterfeit bottles.

It is illegal to sell alcohol without a license. If you don’t purchase the bottle from a licensed dealer or auction house, there may be no legal recourse if you purchase a bottle and found out later it was a fake. Protect yourself by knowing what to look for when you are making a purchase of a “Dusty” whiskey bottle. 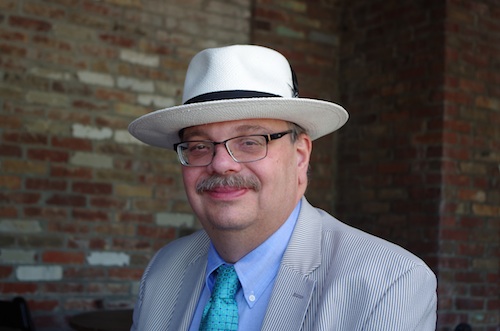 Michael Veach was inducted into the Kentucky Bourbon Hall of Fame in 2006.  He’s written and contributed to five books and is the foremost authority on bourbon history.  In addition to this he is the Filson Historical Society‘s Bourbon Historian.  Michael has provided bourbon history education in many different forms over the years. You can find his blog at bourbonveach.com