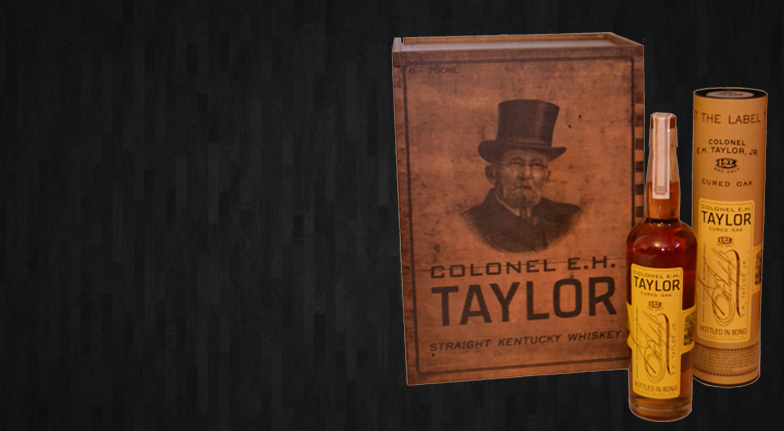 Buffalo Trace will be releasing another limited edition Bourbon via its E.H. Taylor line with distribution starting at the end of March.  This special bottling is called Colonel E.H. Taylor, Jr. Cured Oak Bourbon Whiskey and will come with a suggested retail price of $69.99.

This special release gets its name from the special staves that were used for its barrels.  These oak staves were allowed to dry outside in the open air for 13 months before they were used to construct the barrels.  Six months is the normal dry time for staves used at Buffalo Trace who teamed up with their main cooperage partner, Independent Stave Company, in an attempt to allow the whiskey to abstract more of the flavors that are stored deep inside the oak staves.

This 17 year-old, 100 proof Bourbon was aged in Warehouse C, which Taylor himself erected in 1881 on the Buffalo Trace Distillery property.

This is the seventh release from the E.H. Taylor collection, which was introduced in 2011 and includes the Old Fashioned Sour Mash Bourbon, Single Barrel Bourbon, Warehouse C Tornado Surviving Bourbon, Barrel Proof Bourbon, Straight Rye Whiskey and Small Batch Bourbon.  The Cured Oak Bourbon will join the Sour Mash and Tornado as the only limited releases.