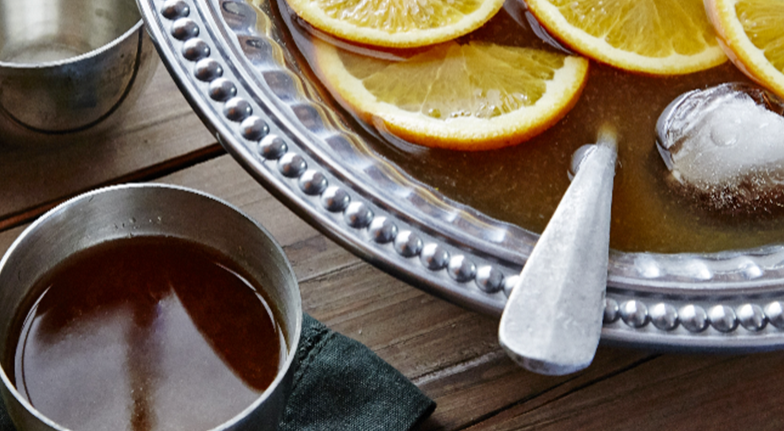 Excerpted from The Southerner’s Cookbook: Recipes, Wisdom, and Stories by David DiBenedetto and the Editors of Garden & Gun (Harper Wave, an imprint of HarperCollins Publishers). Copyright © 2015. Photographs by Peter Frank Edwards.

IN CHARLESTON, SOUTH CAROLINA, NEARLY EVERY SOCIAL CLUB OF NOTE has its signature drink — a tradition that dates back at least as far as the late eighteenth century, when the dashing young socialites who called themselves the Light Dragoons paraded through the streets, raising glasses of rum-and-brandy punch. So it’s only natural that the Charleston Brown Water Society, a dedicated group of Bourbon drinkers and proselytizers, has one too. Roderick Weaver, who mixes drinks at the Bar at Husk, created this punch to serve at society events, where you’ll typically find a pitcher tucked among many bottles of Bourbon. The punch isn’t strictly whiskey-driven. There’s a hit of dark rum and a sweet citrusy mix to tame the burn, and it makes for a great sipper at any gathering. Serve it in a punch bowl, and, per Brown Water tradition, be sure to raise a toast to the society after you ladle out the first round.