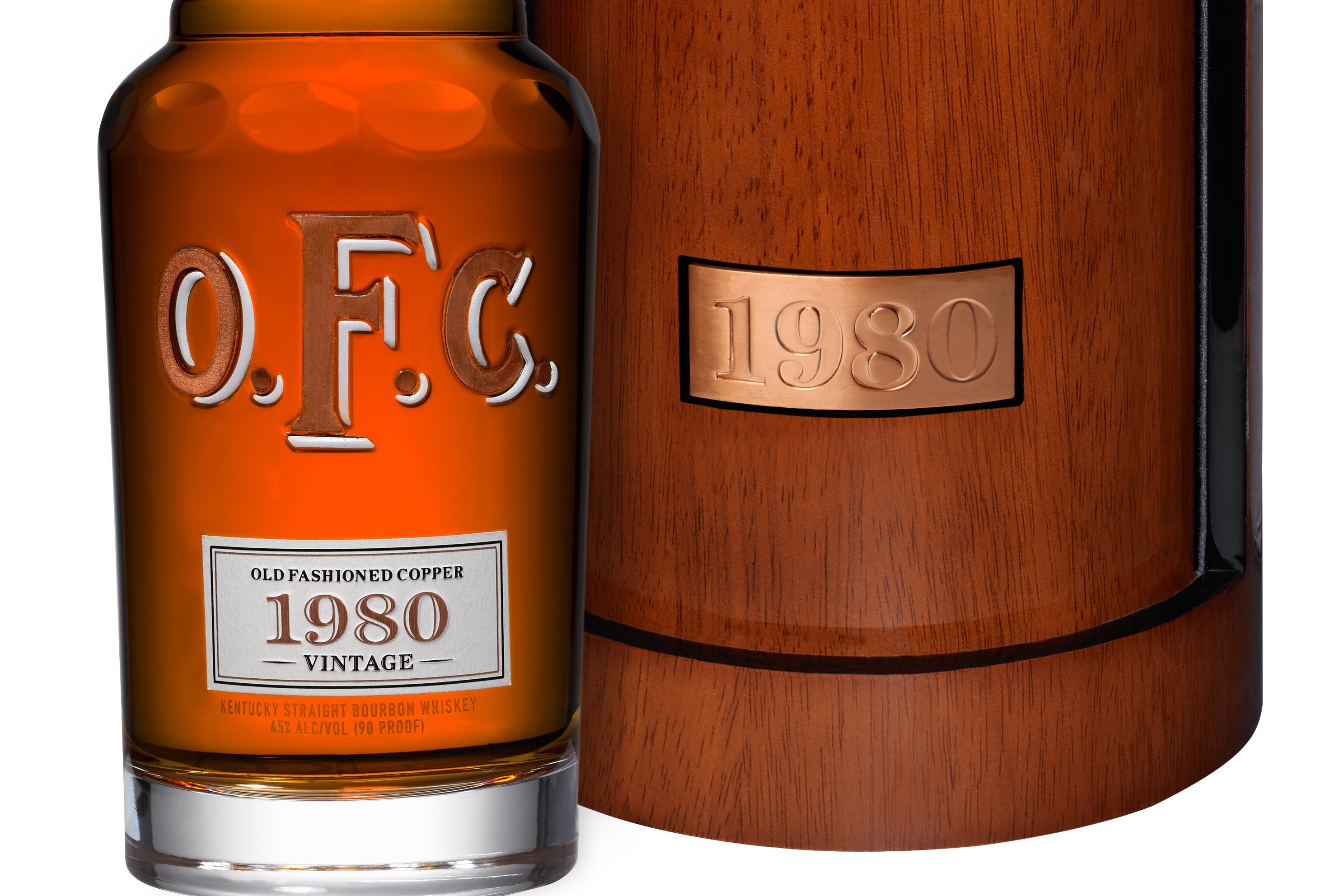 Buffalo Trace will be releasing a new line of Bourbons under the name of O.F.C. Distillery.  This limited release will initially only be made available to non-profits at zero cost to them, so they can raise money for their causes.

The name O.F.C. Distillery will always be tied to Buffalo Trace Distillery, thanks to Edmund H. Taylor, who was also known as Colonel E.H. Taylor.  Taylor named the property Old Fire Copper Distillery in 1870 when he purchased the site that Buffalo Trace resides on today.

Some of the future releases will be available for retailers and bars and according to the company and will be from the 1990’s, including a 1993 vintage.

These limited Bourbons will be bottled in lead free crystal, that will have a paper label applied to the back to commemorate significant events that are linked during the vintage year.  The 1980 vintage will honor the legendary U.S. Ice Hockey team’s victory over the Soviet Union in the Winter Olympics, pop culture references from that year and Ronald Reagan’s presidential election according to the company.

Non-profits that are organized in the U.S. will be able to see about obtaining a bottle on the web at ofcvintages.com to fill out an application.  All those who are chosen will be notified by November 1st of this year.

This is not the first time Buffalo Trace has given charitable organizations exclusive rights to sell limited-release Bourbon.  In 2011, they gave 174 bottles of the “Millennium Barrel”, which was the last barrel they filled in 1999, to several charities.  Those bottles raised more than $150,000 for those causes.

“These vintages are certainly unique and special whiskeys. We hope this O.F.C. collection can pay tribute to the many years gone by here at the Distillery. Each vintage has a story to tell indeed,” stated Kris Comstock from Buffalo Trace Distillery.  “To offer this first release to charitable organizations for their fundraising efforts makes this even more rewarding. We expect bottles to raise upwards of $10,000 each for worthy causes.”

Those interested in a chance to buy one of these bottles at an approved auction, can start checking the website ofcvintages.com in November for a list of non-profit organizations who will receive bottles for fundraisers.