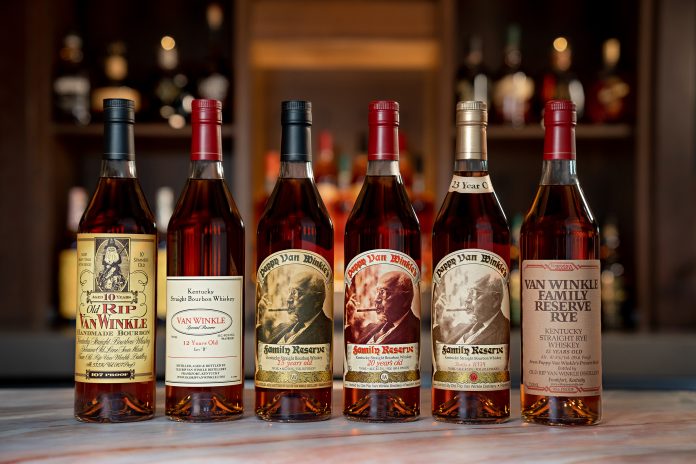 Buffalo Trace Distillery has announced the release of the Van Winkle whiskeys for 2020, and they have limited good news: they’ve got more of one key bottle this year. And no, it’s not Pappy 23.

Let’s deal with the bad news first: there will be less of the ultra-aged stuff for 2020. Buffalo Trace, distiller of the Van Winkle line of products, said in a statement this morning that, “While the amount of 10, 12 and 15-year bourbon will be about the same as previous years, unfortunately the 20 and 23-year-old barrels yielded far fewer bottles this fall.”

But the distillery followed the bad news up with a bit of good news for certain hunters in this year’s rare for Van Winkle bottles: Van Winkle rye. “Good news is [that] there is more 13-year rye than in years’ past,” they explained.

We don’t need to tell you how coveted, hunted for, and talked about Van Winkle whiskeys are, but apparent Buffalo Trace feels the need to again this year. In addition to the price information for the 2020 releases, they added a series of acknowledging comments about the price hikes and general, well, insanity surrounded one of the world’s most famous bourbons.

“Unfortunately even though we suggest what we believe to be a very low and fair MSRP, we cannot control the price retailers charge, and some retailers mark it up even though we and the distributors that those retailers buy from ask them not to,” said Julian Van Winkle, president, Old Rip Van Winkle Distillery. “We are committed to releasing quality whiskey at a reasonable cost and we hope retailers will honor what we suggest as a fair retail price.”

Upon release of the Van Winkle bourbon this fall, Buffalo Trace Distillery reminds fans to be wary of online resellers such as private Facebook groups, Craigslist and other online marketplaces. “Trading and selling bourbon online is an unlicensed and illegal sale.  If you are not a licensed retailer selling Van Winkle products, we are prepared to take action to curtail the activity,” says Kris Comstock, senior marketing director at Buffalo Trace Distillery.  “Additionally, if you are a customer trying to buy a bottle at a licensed retailer who has marked it up above MSRP, we encourage you to file a complaint with the Better Business Bureau or contact your state Attorneys General office.”

Suggested retail prices for 2020 are as follows (though you’ll likely not see these):