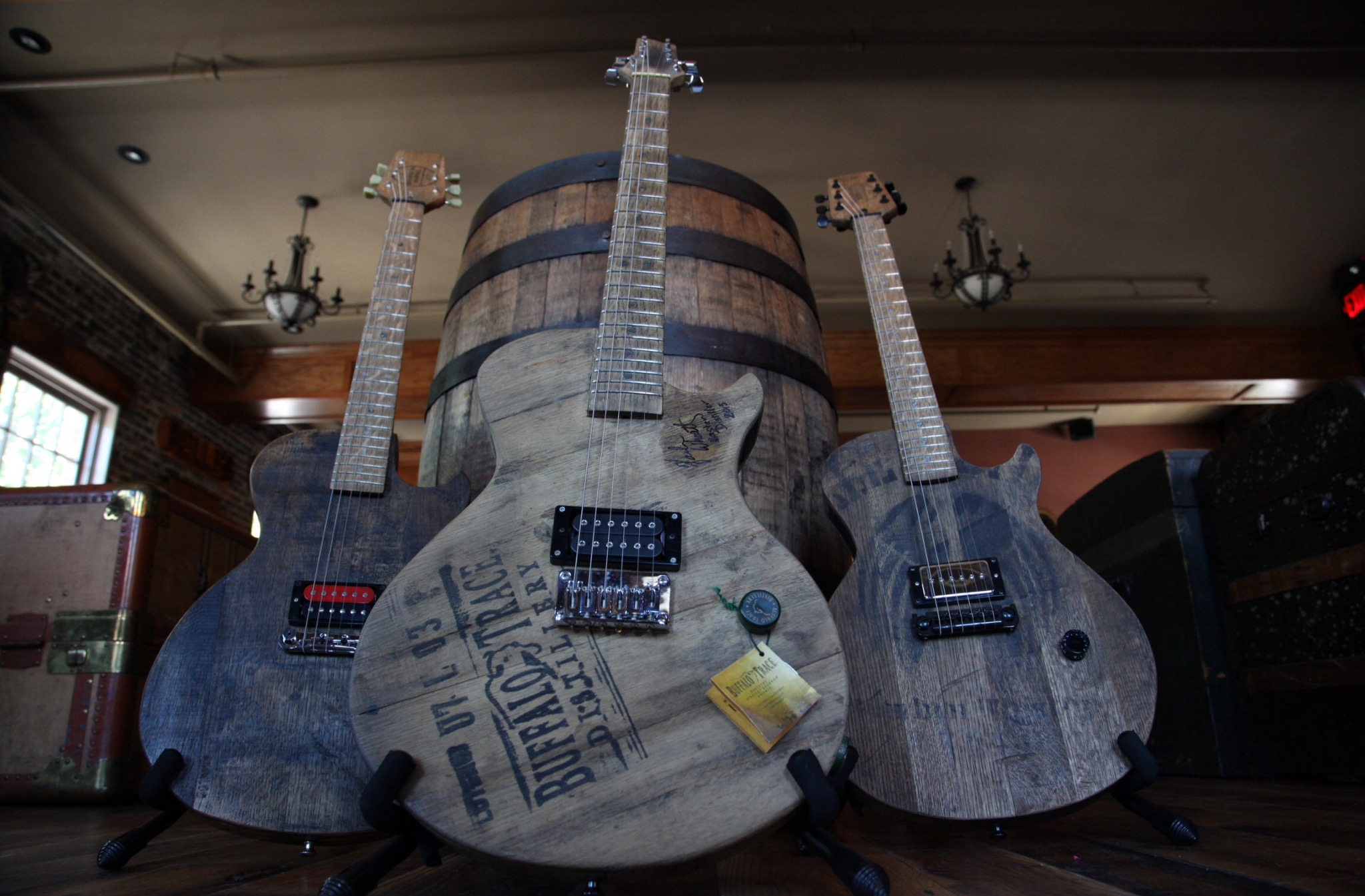 Bourbon is popping up everywhere these days. Not only is it dominating the shelf space at bars, restaurants and liquor stores across America but it can also be found in pepper, salt, soy sauce (thanks to Bourbon Barrel Foods), maple syrup and even furniture. Now, a craftsman from Bourbon Country is making sure you can have your hands on something your favorite Bourbon was aged in, anytime you take the stage or jam out in your garage.

20-year instrument making veteran, Mike Mankel started Bourbon Barrel Guitars last year when he thought up the idea of trying to build one from the oak wood used in Bourbon barrels. Mankel shares, “I was really surprised that no one had really tried this and thought to myself, ‘You can only be first once.'” 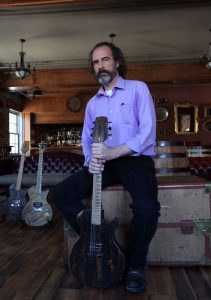 Mankel builds the entire body, including the neck, out of wood from used Bourbon barrels. His biggest challenge was finding a way to build the neck, since there’s not one single piece that can be used to construct it with. Mankel leaned on his two-plus decades of experience building instruments to come up with a technique to build the neck by fusing wood from the barrel-head with a scarf joint. Wood from barrel heads are also used for the fretboard, top and back of the guitar, while staves are used to trim out the sides.

Mankel is an avid guitar player, which is what got him into crafting instruments in the first place. He recalls, “I remember seeing instruments that I really liked, but I knew I couldn’t afford them. So, I thought I would just try to start building some like them.”

He says he enjoys working with the oak that is required for the construction of barrels used for aging Bourbon, but admits most instrument makers opt for different species. It’s dense, so it provides a loud sound which is good or can be controlled since it’s an electric guitar.

It usually takes the Lexington, Kentucky native 50 to 60 hours to build one of his showpiece guitars and has already built 13 of them along with one banjo. He firmly states that professionals or other serious guitar players would be happy with the sound one of these $4,000 instruments provides.

He goes on to say, “Once I’m satisfied that I would keep it, then it’s ready to sell. I put a lot of heart and soul into these. I want these to go to people who appreciate fine art and instruments. But there’s so many layers to this process that I enjoy. It’s just good for my spirit.” And in case you were wondering, Mankel says he’s been a Bourbon drinker for 25 years.