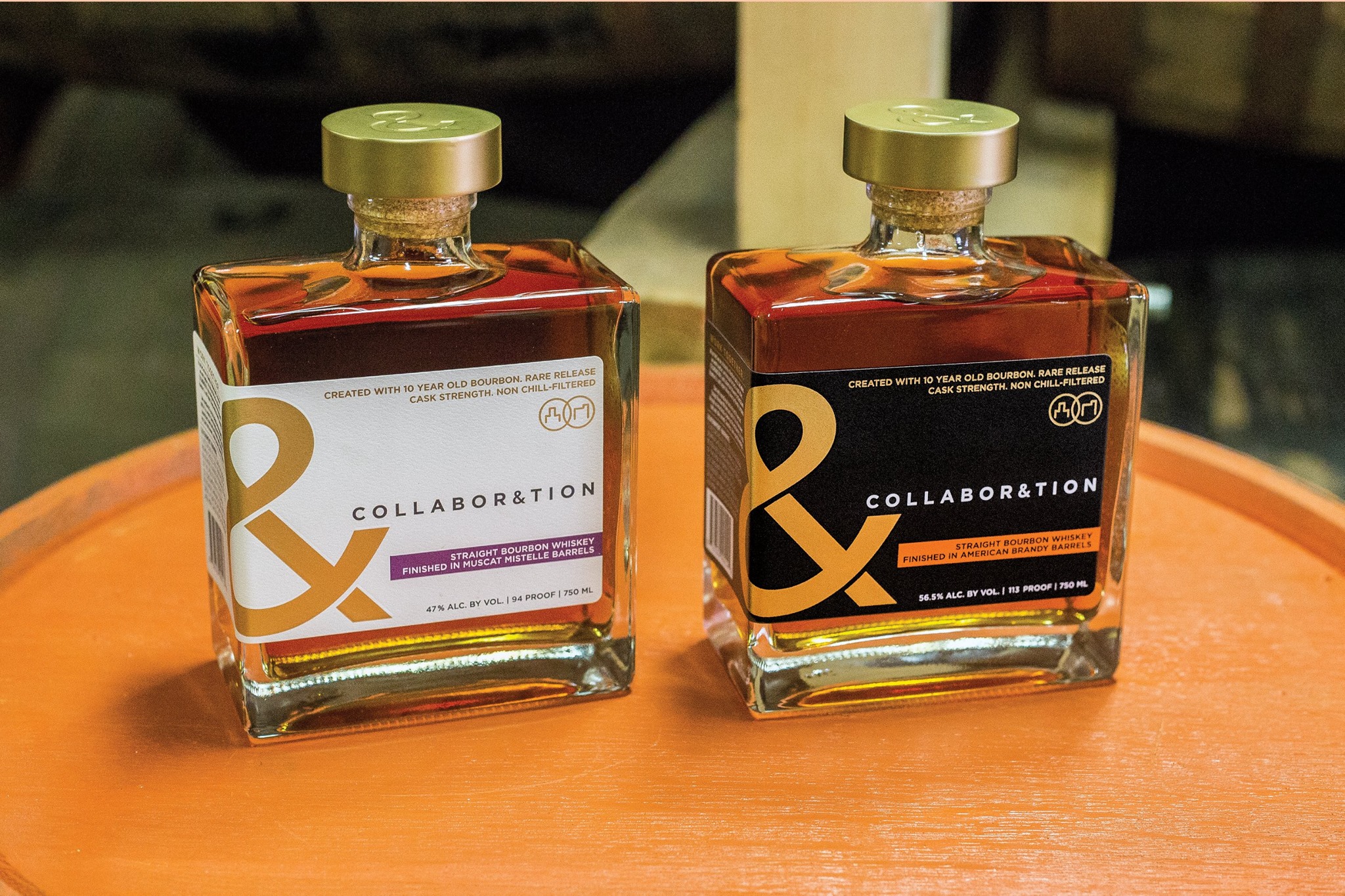 The Bardstown Bourbon Company and Copper & Kings American Brandy Company are celebrating the spirit of partnership with the release of their new two part Collabor&tion project.

“Collabor&tion is the first of many original releases from the Bardstown Bourbon Company,” said David Mandell, President & CEO, the Bardstown Bourbon Company. “We’ve built our company by working together with many of the leaders in the spirits industry, and our philosophy of collaboration is reflected in the brands we’re developing, the companies we partner with, and the Kentucky communities that we represent.”

The project comes in two distinct products – both begun with 10-year straight Bourbon whiskey, with one finished in Copper & Kings American Brandy barrels and another in Muscat Mistelle barrels. Both were aged more than 18 months in the Copper & Kings basement maturation style.

Collabor&tion is a very limited release that is only available in select Kentucky retail stores, at the BBCo and C&K gift shops, and a small selection of fine retailers across the USA.