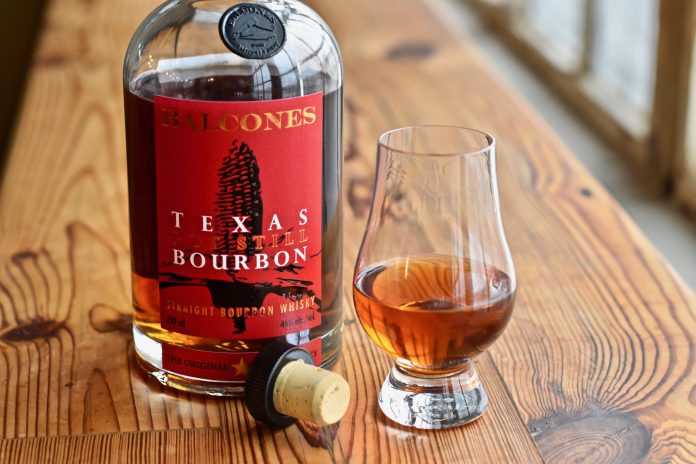 The bourbon, which is aged for 2 years, is crafted with a mash bill of roasted blue corn, Texas wheat, Texas Rye and malted barley, though percentages weren’t initially shared.

Pot stills, while regularly used in the making of Scotch whisky, are rarely seen in the world of bourbon, where they’re replaced instead by continuous or column stills. The main difference between the two is that columns produce constant flows of spirit, while pot stills operate in a batch-making process.

It’s a cool direction to see a distillery take in the offering of a new, young product, as it will likely make for a pretty diverse single barrel program in the future.

That seems to be in keeping with the mindset the distillery took regarding branding for this release. “Texas Pot Still Bourbon is about inclusivity,” aid Jared Himstedt, head distiller of Balcones Distilling, in a press release. “We wanted to create something that both long-time Balcones enthusiasts and people who are experiencing us for the first time can appreciate.”

The relatively young whiskey is said to have “opening aromas of Honeycrisp apples, kettle corn, and graham cracker. On the palate it delivers honey, sweet cream, and candied pecans and finishes soft and sweet with a tannic fade and lingering spice.” No doubt future releases and individual barrels will develop a diverse and complex set of flavors, as well.

Balcones Texas Pot Still Bourbon will be available initially in Texas, Florida and California, year round, with more states to follow. Expect to pay $30 plus tax depending on the market.