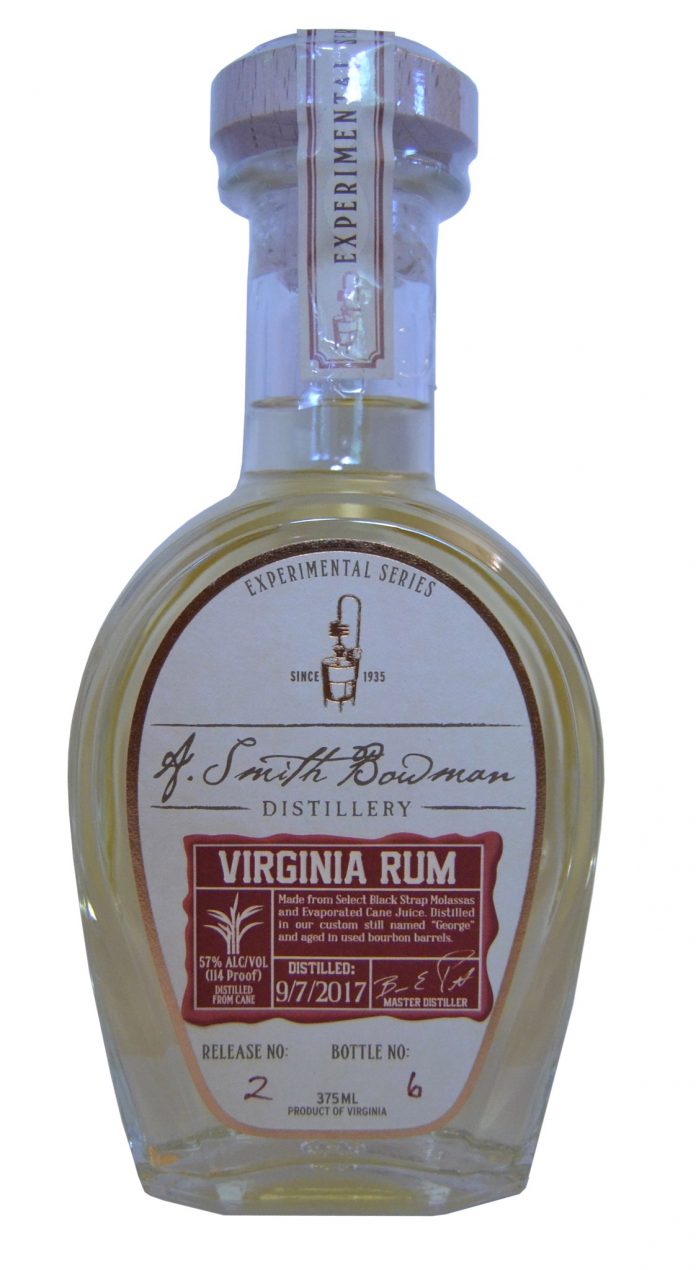 Virginia Rum is Second Release in this New Series

A. Smith Bowman Distillery is announcing the second release in its Experimental Series, which includes distilled spirits from a wide range of expressions, separate from its Abraham Bowman whiskey releases. This experimental release features a rum titled Virginia Rum.

Virginia Rum was distilled on Sept. 7, 2017 utilizing A. Smith Bowman’s custom microstill, George, installed in early 2015. The rum was made from select black strap molasses and evaporated cane juice, and was aged in used Bourbon barrels. It was then bottled at 114 proof, or what is known as “Navy Strength.” Many rums have historically been presented at this proof, which was chosen for this release as a nod to Virginia’s strong military ties.

Virginia Rum will be offered for sale at the A. Smith Bowman Distillery Visitor Center in Fredericksburg, VA on Saturday, July 21. It is very limited and is not likely to be repeated, however; new experimental spirits will be forthcoming.

A. Smith Bowman Distillery expanded its offerings to include this new line of experimental spirits in 2016. The first Experimental Release introduced the limited edition Rye Expectations Gin. The series will include a wide variety of distilled spirits, including the aforementioned gin, the newest Virginia Rum release, and will grow to include many different expressions of vodkas, brandies, gins and rums. The Experimental Series explores a wide variety of spirits delving into recipes, wood types, exotic fermentables, and the use of local ingredients such as grapes, apples, pears, grains, and much more.

The Experimental Series bottles feature a small rectangle label on the front of each release explaining the provenance along with a hand numbered release number and bottle number.