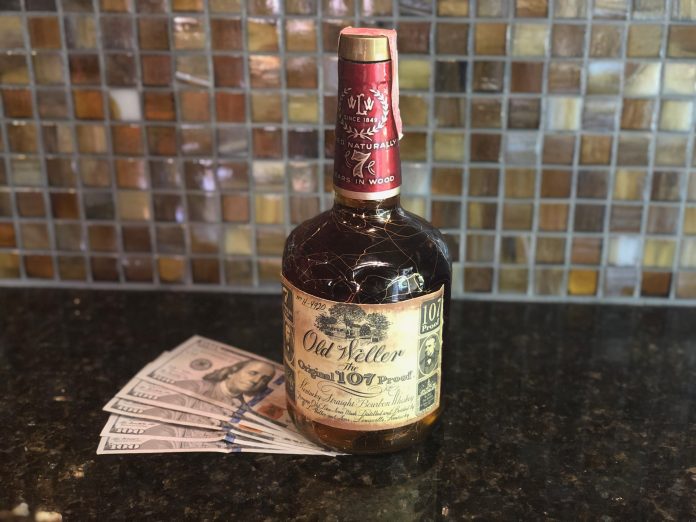 Justin Sautter, (Sr. Partner at Ky-based Russell Capital Management), & Bob Eidson (Co-Founder, The Bourbon Review) sat down recently to discuss the thematic intersections between Bourbon & Investments. The two share a background in entrepreneurship and the financial markets, along with an admiration of Bourbon. While there are numerous similarities, they picked five themes in which Bourbon & Investments are alike. 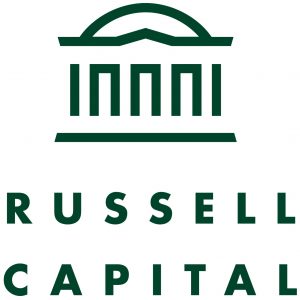 1. Significant Regulatory Oversight for Integrity |  It’s no secret that the financial markets are heavily regulated (wit: Dodd-Frank, Consumer Financial Protection Bureau) but most people don’t realize that Bourbon is the most regulated spirit in the world. The similarities don’t end there. Bourbon was the first product to be protected by ‘truth-in-advertising’ laws. In the late 1800s, rectifiers were taking good whiskey and diluting it with neutral grain spirits (and other bogus ingredients). The Bottled-in-Bond Act and the Taft Decision introduced regulatory oversight as a form of consumer protection. It’s significant because of its lack of precedence. The Federal government had NOT previously regulated products like fuel, food or medicine; rather, it chose whiskey as it’s first product to be regulated.

In the case of regulatory oversight into our financial markets, some would point to the National Banking Act of 1863 as the Federal government’s first foothold into the financial markets. But it was really the Federal Reserve Act of 1913 that started a trend towards financial regulation that still exists today. Unlike the Bourbon industry, while some financial regulations have stood the test of time like the Securities Act of 1934 and the investment Company Act of 1940, others seem to come and go like Glass-Steagall.  Either way, they are both heavily regulated with the end goal being an honest product.

2. Inflation & Angel’s Share  |  Inflation is like the “Angel’s Share”; except – in theory – Bourbon gets better with aging. Inflation is the rate of increase in prices, for a given basket of goods. The “Angel’s Share” is what is lost to evaporation, during the aging process of Bourbon. In both cases, you’re left with less of what you started as time passes. For Bourbon this can be a good thing; for your savings goals it’s not at all good. Cash doesn’t grow – and this means that if prices for goods and services are rising, then your cash in the mattress is actually losing value (assuming a deflationary environment does not exist). For this reason, people invest cash into stocks and bonds, with the expectation that those financial assets will provide net growth that keeps up with or exceeds the rate of inflation. On the bright side, similarly to how the Angel’s Share is a positive in the maturation of Bourbon, inflation isn’t all bad when kept in check.  In fact, it is generally a hallmark of a strong economy (one of the Federal Reserve’s dual mandates is an inflation rate between 2-4%), you just need to know how to handle it.

Like the Fed, the Bourbon industry has learned how to handle their version of “inflation” to create a better and measured outcome.  The mechanism for how Bourbon matures starts at the molecular level; water molecules are smaller than alcohol molecules, which is why water evaporates out of the barrel faster than alcohol. As Bourbon ages, the proof in the barrel rises. This phenomenon is known as the “Angel’s Share.” With Bourbon, you can expect to lose an average of 3% per year to the Angel’s Share; but that’s just the average. Year 1 is going to cost you about 10%, most of which is lost to the barrel upon entry. Whereas the investing community strives to reverse the effects of inflation, the Bourbon industry has it’s own way of dealing with the Angel’s Share. It can negate the effect of the water molecules evaporating out of the barrel over time by adding water back to the Bourbon, to bring the barrel proof spirit down to the bottle proof. There is a limit to this, as most consumer preferences are turning towards barrel proof spirits.

The common denominator to both is that growth is a constant factor. With economic growth comes inflation – ideally at a measured pace. With the maturation process of Bourbon comes the Angel’s Share – ideally at a measured pace. Realizing a 30% cumulative Angel’s Share isn’t bad, because it will mean you should have a barrel of Bourbon with 9-10 years of age behind you packed with flavor. In the same vein, realizing the cumulative effect of 30% inflation over a decade (or more) is also not a bad thing with strategic financial planning.

3. Timing & Market Cycles  |  You don’t have to look far for people selling shortcuts to investing, and you’ll find the same thing in the world of Bourbon. As the old saying goes: “it’s not the timing OF the market, but the time IN the market.” We cannot predict market cycles; they are natural and to be expected. One strategy to deal with these cycles is to seek a low dollar-cost average for financial assets purchased at regular intervals over time. This creates opportunity in both up and down cycles for long term investors willing to look past the troughs.  I mean, who doesn’t wish they had invested cash in March of 2009?  If you were dollar cost averaging into the bear market, then you would have.  It comes down to a willingness to buy straw hats in winter. This is where you see value and contrarian investors at their best.  But remember as Sir John Templeton said, “…investors shouldn’t try to get rich too quickly; it’s too risky”.

The relative up and down cycles in the world of Bourbon tend to be longer than economic cycles. The current Bourbon Boom is characterized as a growth trend in the premium and ultra-premium categories. Bourbon’s “Golden Era” was the 60s, but that was a different growth trend altogether. As a result, the distilleries built capacity in the late 60s and on into the 70s. But the growth receded and spare capacity resulted in a glut of unsold whiskey. Disco was king and clear spirits dominated. Distilleries merged, or in some cases even closed. In the late 90s, Pappy was on every shelf at competitive prices. For the collector it was the time to buy and for the remaining distilleries it was the time to keep laying down product. Because the aging Bourbon left untapped from the “Golden Era” bust became the driver for the next success within the category: the rise of the extra-aged Bourbon. These once unloved ”legacy barrels” were harnessed into brands like Hirsch and Pappy, which began to develop a cult following by the mid-90s. The trend continued and spread to the masses, paving the way for the current Bourbon Boom.

Yesterday’s bust was in some ways the seed for today’s boom. The same holds true in the boom/bust cycle of the financial markets. In the wake of the Tech Bubble, real estate became the hot asset category that saw a boom/bust cycle. Unfortunately, predicting the start and end of a bubble is virtually impossible; even for those closest to the industry. Herd instinct, inertia, & self-fulfilling prophecies all play a part.

4. Value of a Diversified Portfolio (Small Batch Bourbons)  |  What does your home collection look like? Do you have some Ryes? Some finished whiskies? What about some higher-proof Bourbons? Do you have any wheaters? What about Bottled-in-Bond? For most Bourbon drinkers, they could answer in the affirmative to all these questions. Why? Because you had a “stock-the-bar” party… Just kidding. The reason we tend to have diversified whiskey collections is because our tastes evolve over time. You probably remember when you first dipped into the rye category, don’t you? Or when you acquired your first bottle of 135+ proof George T. Stagg? But it’s not just about your palate, we tend to diversify because we want to provide options to our guests, as well.

With the rise of the super-premium Bourbons and single barrel expressions, its safe to say that the producers would all love to sell into this category. But the reality is that not every barrel is a “honey barrel.”  So how do they handle that?  Small batch and batch blends.  The Bourbon industry knows that until the winters pass and the barrels are tapped, they cannot know for sure what will go where – so they hedge their warehouse bets by having multiple labels. They are diversified. The same company that bottles the coveted “Antique Collection” also bottles Ancient Age, Benchmark, & Fireball.

It is the same in an investment portfolio.  It would be foolish to wake up one morning and declare that your life savings was now going to be invested 100% in small restaurant companies. You simply cannot know that this will be the hot sector. And as sure as that is, you are very unlikely to know when it won’t be. As such, the answer becomes multiple investments – diversification. Within your stock and bond allocations you must also allocate to various categories. For stocks this might mean buying companies that are small, mid, & large capitalization, as well as international and emerging market companies. For bonds it could be buying corporates, treasuries and high yield. The point is, you should not put all your eggs in one basket, much like a distiller won’t foolishly allocate all of warehouse 7 for single barrel expressions. Appetites change and maturation doesn’t always repeat itself for “honey barrel” locations – the product might not perform. Distillers and wise investors know that change is always afoot and chasing or trying to reproduce yesterday’s winner is a sure recipe for a loser.

Take a page from Pappy’s handbook and play it slow and steady.  Remember -they are laying down Bourbon today for 2030.

5. The “Weekend Warrior” (Single Barrel Bourbons)  |  We all fancy ourselves as some type of a weekend warrior. It’s human nature to think that we can be an armchair general as we watch our favorite teams lose at the buzzer. That’s why it’s tempting to try and pick a few individual stocks for our portfolio. This also explains the rise in single barrel picks. In the case of Bourbon, most of us are playing with disposable income and a passion. In the case of picking stocks for investments, we could be playing with potential wealth that could accrue to our children or grandchildren. Mistakes in stock-picking can be costly.

Everybody knows there are a thousand books on picking stocks and how to build your own diversified portfolio. But the financial markets are unforgiving, and most ordinary investors shouldn’t be picking a handful of stocks on their own. Black Swan events do exist, and without the benefit of a professionally-managed portfolio, your initiative could leave you overexposed in the wrong category(ies).