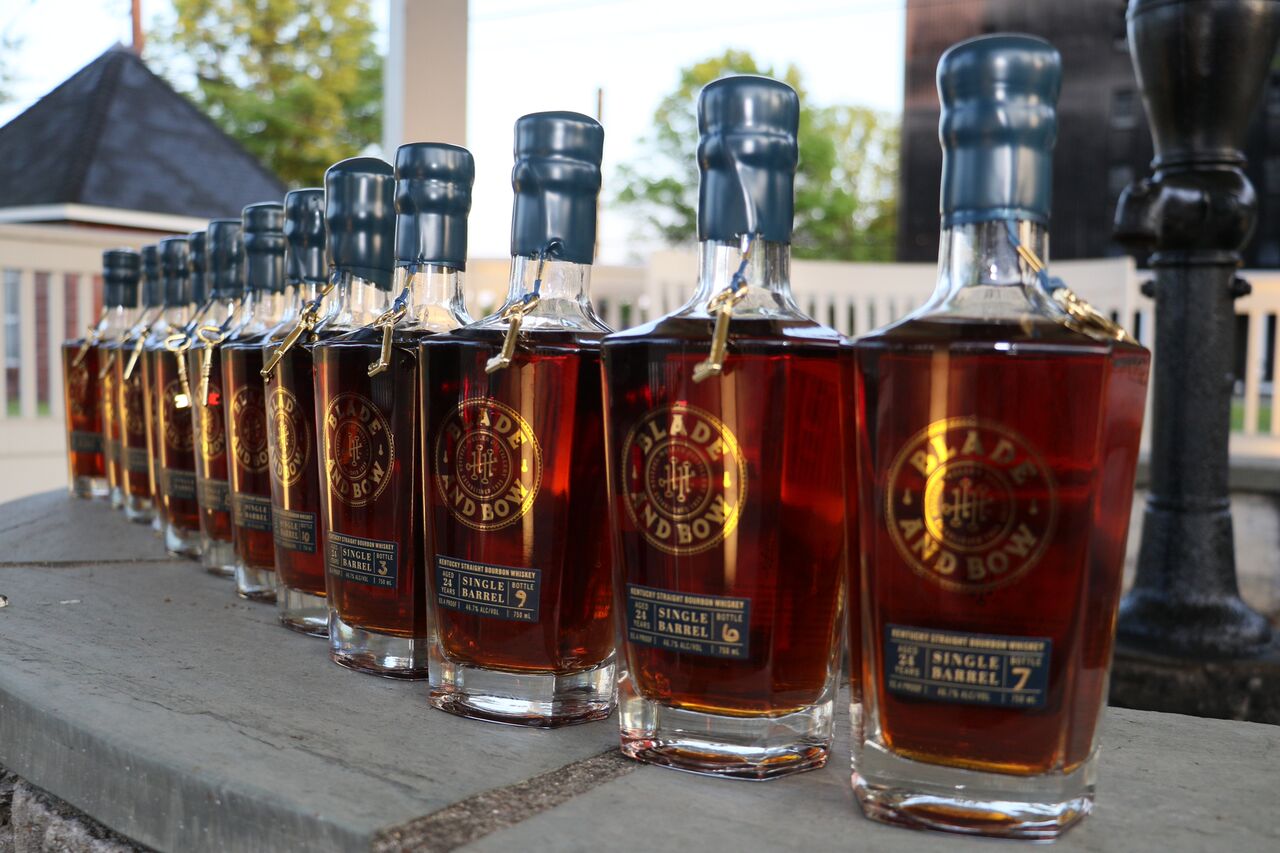 Last week Blade and Bow threw a big-time Kentucky Derby party the Friday before the fastest two minutes in sports, which also celebrated their one year anniversary as a brand.  The party was held at the historic Stitzel-Weller Distillery grounds, which would celebrate its own 81st anniversary the following day.  Each of the 100, or so, party goes were given a mint julep served in a nice keep-sake julep cup, seated at a table for a sit down dinner and then treated to a musical performance by the up-and-coming band Dawes.  But the biggest treat came when everyone took their seats for supper and American Whiskey Ambassador Doug Kragel explained what Bourbon was in the snifter waiting on each guest at their place setting.

Kragel explained that the whiskey was extracted from one of the last barrels of Bourbon that was originally distilled at Stitzel Weller.  Distilling operations shut down at Stitzel Weller in 1992 and the property has since been used for barrel storage and recently updated to handle visitors.

The Bourbon in front of the guests was placed into the barrel on November 22nd, 1991 and wasn’t bottled until April of this year, making it over 24 years-old.  Because of its age, there was a significant amount of angel’s share and the barrel only yielded 38 750ml bottles.  Two of those bottles were opened and used for the tasting at the Derby party.  So, what’s the fate of the other 36 bottles?

Diageo, the parent company of Blade and Bow, is planning on auctioning off the remaining 36 bottles from this special barrel at Christie’s in New York around October of this year.  All the bottles will be sold together and the proceeds will be donated to benefit Robin Hood, which is New York’s largest poverty-fighting organization.

Each bottle is individually numbered and is bottled under the Blade and Bow brand name at 93.4 proof.

If you’re looking for something Bourbon themed to do next year during “Derby Week”, keep the Stitzel Weller Distillery in mind.  They always host a Southern themed party the Wednesday before the Kentucky Derby called the Pimento Cheese Social.  Also, the organizers of the Friday night party have hopes of doing one again next year hoping  food, great Bourbon and a national touring band will be enough to draw public interest. 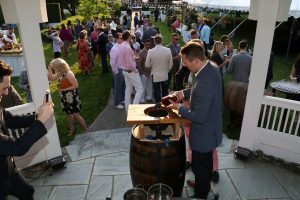 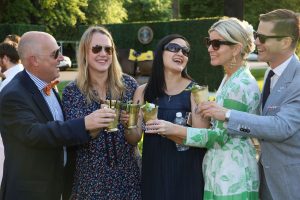