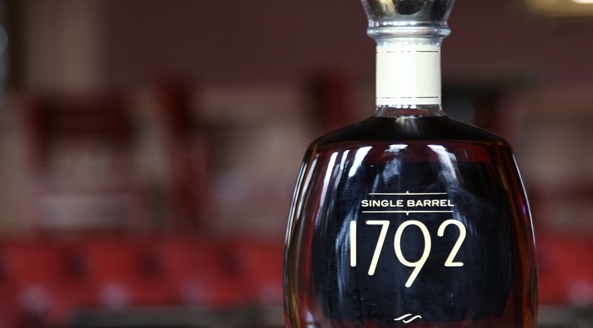 Barton 1792 Distillery recently announced that a single barrel Bourbon will be the newest edition to the limited edition expressions they started releasing last year.  1792 Single Barrel Bourbon made its debut at Louisville’s Bourbon Classic in late February this year and will start hitting the shelves as soon as early March in some markets.

All of the Bourbon used for 1792 Single Barrel Bourbon was distilled and aged at Barton 1792 Distillery in Bardstown, Ky.  The 98.6 proof product is the third limited release product from the historic distillery.  1792 Single Barrel Bourbon follows the Sweet Wheat and Port Finish Bourbons that were introduced in 2015.  The distillery plans to continue releasing other limited expressions in the future, which could include bringing back the Sweet Wheat variation.

1792 Single Barrel Bourbon has a suggested retail price of $39.99.  According to the distillery, which is owned by the Sazerac Company, most states should receive some allocation of these bottles.