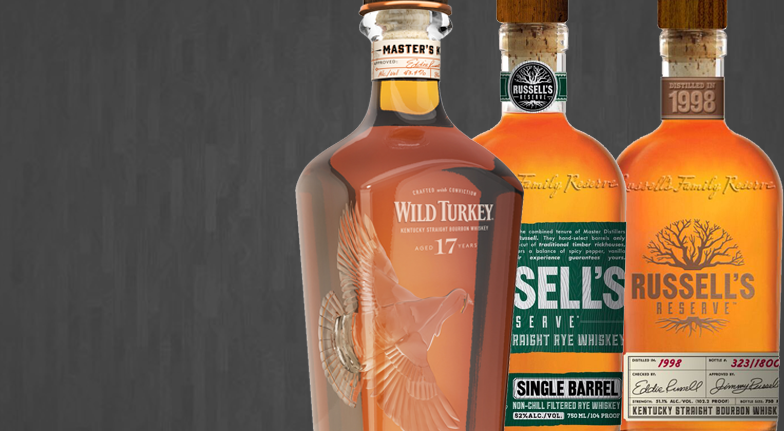 Jimmy Russell is a man of tradition.  For 60 plus years he has been the major caretaker of Wild Turkey brands such as their famous 101 brand, Wild Turkey Rye and American Honey.  His son Eddie, the Co-Master Distiller at Wild Turkey, is quick to reference that his dad has often had to remind him to do things Jimmy’s way, which is the way it was taught to him.  One of the company’s few surprises came in 1998 when his son, Eddie, surprised his father back in 1998 with Russell’s Reserve 10-Year-Old for Jimmy’s 45th anniversary with the company.  So fans of its whiskey should be very surprised to learn two new limited Bourbons and a new Rye will be available for them to imbibe with. 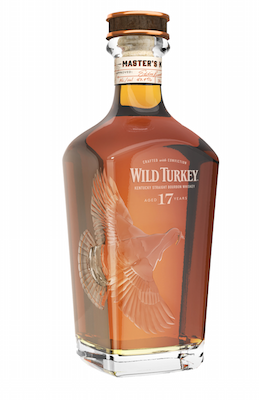 Master’s Keep was originally distilled in 1996 and placed in brick warehouses at the Stone Castle Distillery (also known as Old Crow) which is not far from the Wild Turkey Distillery.  Even though Jimmy likes to use metal-sided warehouses, he was forced to make this decision because he was out of warehouse capacity.

Eddie would check on these barrels every six months or so and noticed that the whiskey did taste different.  He recalls that the whiskey he sampled from this site was milder and lower in proof.  Eddie believes this was due to the brick walls and floors causing a lack of circulation and the inside not being as hot in the summer as their metal warehouses.  Also contributing to the lack of circulation was the fact those warehouses were in a valley.

After aging at Old Crow for six years with no problems, Eddie noticed during a routine barrel inspection that moisture had started rusting the bands on their barrels.  So in 2003, he moved about 80,000 barrels from that location to another group of brick warehouses that were located a little higher in elevation.

Eventually, Eddie got the barrels back into their own metal-clad warehouses in 2010.  But he knew these barrels would taste different, and possibly not the way Jimmy liked it.  But Jimmy and Eddie both agreed the whiskey inside (even though different than any other whiskey they had made before) was very good according to their palates.  Before Eddie could dump all these barrels, some of them had aged 13 to 14 years and he had the idea that this might be a good way to show folks that the strategy for warehousing barrels has on the taste of whiskey.

So after this juice was aged in an all brick warehouse in the valley, then moved to another brick warehouse a little higher up and eventually made its way to the Wild Turkey property and one of their wood and metal warehouses, the Bourbon was bottled after 17 years.  When it was dumped it was a shockingly low 89 proof even though it went into the barrel at 107 proof.

Master’s Keep is bottled at barrel-proof and comes in at 86.8 proof (a little bit of proof is lost during regular filtration) and non-chill-filtered.  It will have a suggested retail price of $150 and available in August.

Russell’s Reserve 1998 is the another limited Bourbon Wild Turkey is releasing in October.   This is stock that Eddie was holding onto for another milestone for Jimmy.  But, as it often happens when you try to age whiskey for long periods of time, the barrels were losing more Bourbon than anticipated due to evaporation of angel’s share over the years of maturation.  Jimmy and Eddie believed the whiskey in the barrels had achieved the taste they were looking for after 15 years in the barrels, so last year they decided to dump them to prevent anymore loss from evaporation.  Eddie believes that they were only able to bottle 400 cases total (6 bottles to a case), so only about 2,400 bottles will be available.  It’s officially been aged for 15 years and checks in at 104 proof with a suggested retail of $250. 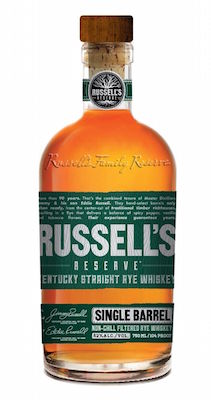 Jimmy and Eddie have also been working on a new Rye whiskey.  Russell’s Reserve Single Barrel Rye will be available to consumers in September of this year.  It’s a six-year-old whiskey that is bottled at 104 proof.  Originally, Eddie had hoped to bottle this at 110 proof, but thought it was too sweet at that level of alcohol so he brought it down just a little bit.

This won’t be as limited as the Bourbons, but Eddie reveals he hopes this is more of an on-premise whiskey, meaning that bar and restaurants would have greater access to this Rye.  The primary reason for that are the relationships that Eddie has built over the years with bartenders all over the country and internationally.  His plan is to host many private barrel selections of this product for those bars he has built relationships with so they can experience what it’s like to select their own whiskey from tasting it straight from the barrel.  That program is slotted to start next January.

Russell’s Reserve Single Barrel Rye will be a permanent line extension and will be priced around $50.