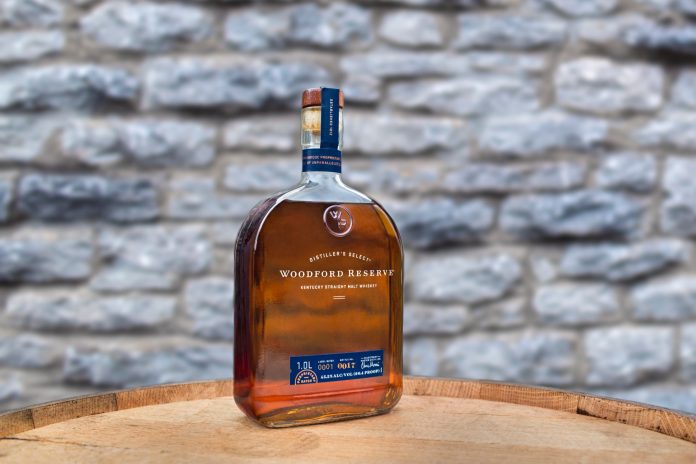 According to Master Distiller Chris Morris, the new malt expression “should be a rebirth of the concept of Malt whiskey.” The grain bill of Woodford Reserve Malt is 51 percent malt, but with additional percentages of corn and rye.

Coming out of Prohibition, the Federal Government approved four straight whiskey standards: Bourbon, Rye, Wheat, and Malt.  These reflected the types of whiskies produced in the United States prior to Prohibition. While most people associate Malt Whiskey with Scotland, Kentucky has a history of Malt Whiskey production pre-Prohibition. Woodford Reserve Malt draws upon this pre-Prohibition heritage for inspiration.

“Inspired by history and a distinct flavor profile, Woodford Reserve is charting its own unique path with this new malt whiskey based on historical precedence and our commitment to flavor,” adds Morris.

“What I love about our malt is that it’s a malt for the people who don’t really enjoy Scotch,” says Elizabeth McCall, assistant Master Distiller. “Malt whiskey as we’re presenting it is not out there.”

While preconceived notions about Malt may persist, the distillers stress that Woodford Reserve Malt is produced with the same heritage and tradition that has made their Bourbon thrive at the white limestone distillery in Versailles, Kentucky. Distillers have worked at the site since the mid-1800s, and today its visited by more than 140,000 visitors each year.