The new batch of Old Forester Birthday Bourbon is on its way to retailers, and 2018’s release will see the highest proof to date.

It’s that time again! @oldforester birthday bourbon is a month away from release!

We spoke with her this morning about Birthday Bourbon, and what led them to select this particular batch for 2018.

Every release of Birthday Bourbon, or OFBB as it’s colloquially known, has some special tag to it, from the year they released two proof points after a bit of a mix-up, to the year when the batch’s fermentation process was interrupted after a squirrel shorted out power to the distillery.

This year’s decisive force was something more direct: taste. 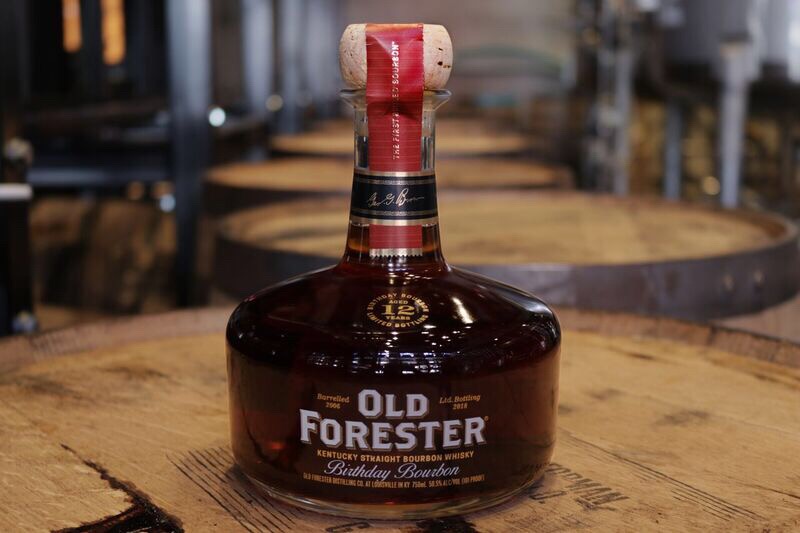 Old Forester describes this year’s batch as having a rich mahogany color (no leather-bound books), with cherry cobbler and herbal lemon tea on the nose. On the palate, they describe sweetness that brightens with lemon honey and more of that cherry cobbler. The finish is said to be long, drying, and full of herbal lemon honey sweetness.

We’re getting the sense that 2018 is going to be a gem among gems. Zykan told us she’ll probably end up waiting in line to get herself a bottle or two (even Chris Morris is only given one a year), and won’t be missing any chances to taste it in a professional capacity. “In the past few years I’ve opted out to give more consumers a chance to taste,” she says. “This year I will be saying yes to every opportunity. It is hands down one of the best vintages of the entire collection.”

Old Forester Birthday Bourbon 2018 will be on shelves around September 2, to coincide with the birthday of founder George Garvin Brown. It’s slated to retail just shy of $100.

We’ll be taking a look at this year’s vintage when we have samples in hand, so keep an eye on our Instagram feed for more.