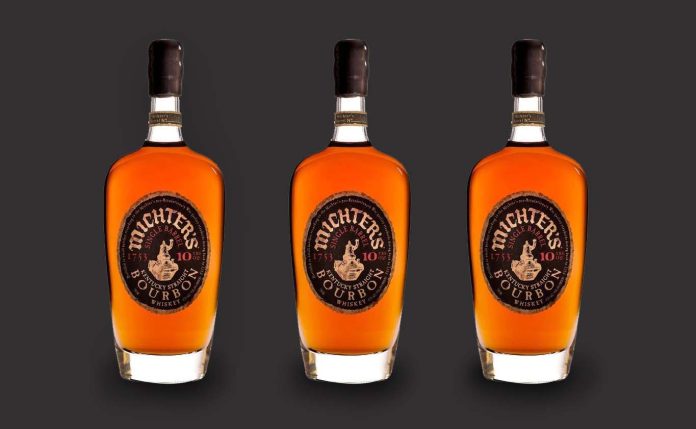 WARNING: This is entirely FICTIONAL and APRIL FOOLS related. Not one word is true. For anyone that has experienced disgruntlement, we offer our sincerest apologies.

The Michter’s Brand has announced an unprecedented quality control move this week—one which will likely set new standards for decades to come.

Following on the heels of last month’s news that this year’s supply of Michter’s 10-Year-Old Bourbon would not be released, Michter’s founder Joe Magliocco stated that, upon further reflection, the 2021 release of Michter’s coveted 10-Year Bourbon could have been “better than perfect” as well.

As a result, they’ve decided to un-release the entire 2021 supply.

“We just keep raising our standards, and it turns out that last year’s release no longer meets or exceeds the high bar we’ve set,” explained Magliocco. “In order to preserve those standards, we’ve begun an aggressive on-the-ground campaign to retrieve and destroy all remaining bottles from that vintage.”

Magliocco and the Michter’s team have already been working on this titanic task. On Monday morning, he began his day by assisting the team in the by-hand process of melting away wax and emptying the contents of 10 Year bottles in a makeshift factory at the distillery’s Shively, KY distillery.

Whiskey cannot be simply poured down the drain and into the city’s wastewater system—at least, not in the volumes Michter’s is processing. But the more than 500 bottles disgorged this week represent a small piece of the total supply—many 10-Year bottles are well beyond the immediate reach of Michter’s, for now.

And some may stay that way. Making a promise to reclaim last year’s release is one thing, but tracking down those bottles is another altogether. Luckily, it seems that the team has already begun the necessary research to track every last bottle down.

Magliocco said that they’ve begun working with credit card companies and their distribution network to identify the owners of each and every bottle sold, to eventually track down everyone who bought one.”

“It’s upsetting,” he explained, “thinking of all the people who drank an exquisite bourbon when a magnificent one could have been in their glass. Excellent whiskey is not enough—I want to stop as many people from tasting it as possible.”

Though official details are pending, it appears that the likely process will be a buyback at the suggested retail price. Magliocco is confident that there are other products they can take to new heights.

At the time of this writing, plans were underway to track down previous releases of Michter’s Celebration, and at least one release of 25-Year Bourbon from the past.

Magliocco wouldn’t comment on the brand’s various toasted and finished whiskeys at this time, though he admitted that his innovation team is working on reactor technology to strip only the influence of a single barrel from whiskeys going forward. This could mean the unthinkable, that in the future even Toasted Barrel Finish Products might be vulnerable to buybacks.

“The technology is simple,” he explained. “The problem is, we’re still trying to figure out how to tell it which barrel to eliminate.”

As for the buyback program, it’s up and running. Starting today, April 1, anyone can bring their 10-Year and Celebration bottles to the downtown Louisville distillery to take advantage of the buyback. The distillery has also modified its bottle-fill experience on site: patrons can now choose whether they wish to fill their own bottle, or empty it.