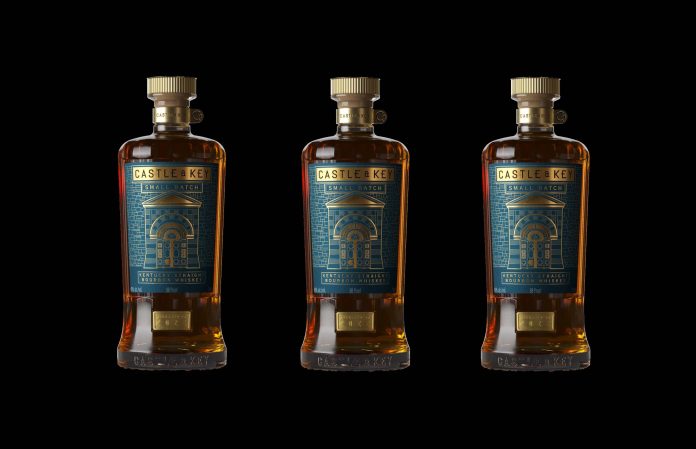 Make no mistake. When you walk the grounds of Castle & Key Distillery, you’re walking on hallowed ground. Sacred Bourbon soil. Built in 1887 by E.H. “Colonel” Taylor Jr., the cathedral of Kentucky distilleries was an absolute marvel of architecture and overall showmanship.

You see, back in those days “tours” and “visitor traffic” were not exactly part of the common distillery business plan. Or any distillery business plan for that matter. It was purely an industrial setting. Grains come in, whiskey comes out. Plain and simple. The Colonel had a much grander vision. A vision that would begin the first chapter of the original “Bourbon Destination”.

This journey certainly hasn’t been without its perils. By 1970, Bourbon was in trouble. Too much American Whiskey had been produced in years past. And most detrimental, the category went through an Ice Age period of consumer decline. The bad kind of cool folks. Counter culture of the ’60’s, James Bond, disco…take your pic. Clear liquor became king.

And so it was in 1972, the doors at what was then the “Old Taylor Distillery” abruptly closed, and they would stay closed for over 40 years. During the decades long drought of the former whiskey making mecca, the only production taking place were decay and ruin. Production ran rampant. And thus, the once fairy tail-esque monumental landscape became a ghostly graveyard of its former self.

Let There Be Light

Alas. In 2014, a new day had come and with it a new era as the doors of Castle & Key Distillery would finally reopen. The beautiful gardens, the enchanting springhouse, and most importantly…the whiskey making.

Which brings us to this glorious moment. After four years in the making (really, a hell of a lot more), Castle & Key Distillery has announced the upcoming release of its Small Batch Bourbon Whiskey Batch #1, the first-ever bourbon to be released by the Castle & Key team since restoring the Old Taylor Distillery in 2014.

Batch #1 will be available starting on March 26th at Castle & Key Distillery for $50.00 and will be followed by the release of Batch #2, which will be available in early May. Both batches will be sold throughout the states of Arizona, Colorado, Connecticut, Florida, Georgia, Illinois, Indiana, Kentucky, Louisiana, New Jersey, New York, Oklahoma, South Carolina, Tennessee, Texas, Washington, and Wisconsin.

“We’re thrilled to announce the release of Castle & Key’s first bourbon. We believe this debut stays true to our commitment of reimagining Kentucky spirits by identifying the best barrels for production each year based on quality, not consistency of flavor.”

– Co-founder and Owner, Will Arvin

“From grain to glass, our team is thorough and thoughtful while producing our spirits, and the bourbon is no different,” says Castle & Key’s Research and Development Manager, Jon Brown. “With a smooth and memorable profile, and in the making for over four years, our Small Batch Bourbon Whiskey batches are each blended to flavor with a sweet mash process of carefully selected grains.”

Each batch enters the barrels at 107 proof, then is column distilled to 125 proof and followed by continuous pot still distillation to 135 proof.

Castle & Key is steeped in Kentucky distilling history, and yet also presents a reimagining of Kentucky spirits for the future. In 2014, the Castle & Key team began restoring The Old Taylor Distillery, which had fallen to ruin after decades of neglect, with a vision of creating an immersive distillery experience. Today, the Castle & Key team, led by Co-Founder Will Arvin alongside Research & Development Manager, Jon Brown, and Head Blender, Brett Connors, are committed to identifying the best barrels for production each year, which leads to producing quality spirits that have a different flavor profile each year.

Located at 4445 McCracken Pike, Frankfort, KY, Castle & Key has become a popular travel destination for spirits and history enthusiasts as it offers tours of the many historical parts of the property including, the Boiler Room, Taylorton Station, Counter 17, the Springhouse and the BotanicalTrail. For more information visit www.CastleandKey.com.