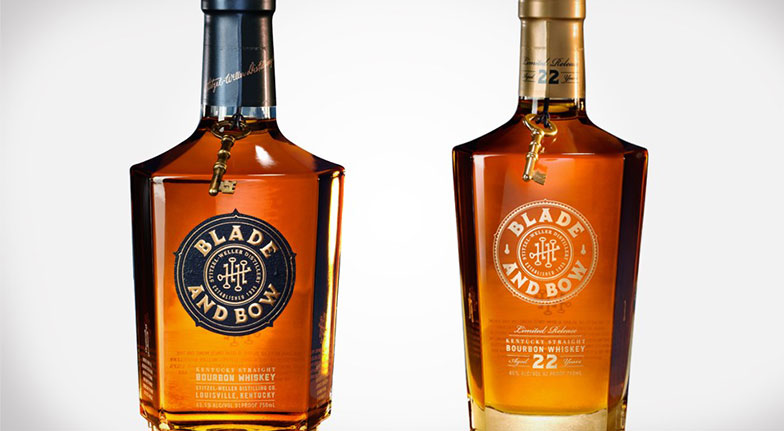 Large companies are expected to react fast.  Even in the patient man’s game of whiskey. So, while it might have taken Diageo longer than most experts expected for them to dive head first into Bourbon, the world’s largest spirit conglomerate has been making up for lost time.  With hundreds of millions of dollars earmarked for a new distillery and warehouses, along with a few million here for visitor experiences and a few million there for new Bourbon brand launches, Diageo is getting close to being fully invested in the Bourbon Boom.

You could easily say that Bulleit Bourbon is the brand that made Diageo a believer in Bourbon.  Owning 22 active operating Scotch distilleries might help you understand why the British headquartered company was a little sluggish to hop on the Bourbon bandwagon when the other great Bourbon houses had been in full production and expansion mode for better part of the last 10 years.  But with Bulleit Bourbon expected to surpass the mega-brand benchmark of one million cases sold in the next two-three years, Diageo has become more aggressive in diversifying in Bourbon.

Blade and Bow Kentucky Straight Bourbon Whiskey is an example of Diageo’s new found love and dedication to Bourbon.  This new Bourbon brand is what their marketing executives are calling a dedication to the craftsmanship of the historic Stitzel-Weller Distillery, the facility where Blade and Bow is aged, non-traditionally blended (by Bourbon standards) and partially distilled from.  It’s also the site of where the legendary Julian (Pappy) Van Winkle made his mark in the Bourbon history books.

The Blade and Bow project started three years ago with intentions of honoring the heritage of the Stitzel-Weller Distillery site.  There is currently no major distilling there today (a micro-still is in the works) but it does still have several warehouses, which is where Diageo ages most, if not all, of its North American whiskey.  The name, Blade and Bow, comes from the anatomy of a key (the blade is the long section and the bow is the end or ornamental part) and the Five Key symbol that has always had a strong presence at Stitzel-Weller.  The Five Key symbol stands for the five steps of making Bourbon (grains, yeast, fermentaion, distillation and aging) and was later used as a symbol of southern hospitality.

The design of the bottle also honors the Five Key way of doing things. Five of its six sides are dedicated to the five steps of crafting Bourbon, leaving one side for the labeling.

There is also actual distilling history of Stitzel-Weller is each bottle of Blade and Bow.  Before a merger of Guiness and Grand Metropolitan formed Diageo in 1997, the company that owned and operated Guiness (United Distillers) also owned the Stitzel-Weller Distillery and shut it down in January of 1992.  The last juice to ever be made on that site was in late 1991, possibly early 1992.

Diageo still has some of the last Bourbon distilled at the Stizel-Weller Distillery in their possession, but not enough to bottle on a wide release.  So, they have implemented a solera style aging system that is common practice with port and sherry makers in Spain and Portugal.  Also called fractional blending, solera aging involves a pyramid or tier system of barrels that always feed to the “bottom” barrel in hopes of ensuring consistent quality or taste.

Diageo has implemented a five barrel solera system at Stitzel-Weller, where the bottom or #5 barrel contains some of the original Bourbon that was distilled in the early 90’s.  The trick is to never dumb more than half of the barrel.  So when barrel #5 is dumped for bottling, barrel #4 is used to refill barrel #5.  Then barrel #3 fills up #4 and so on until barrel #1 is used to fill barrel #2.  That’s when a new whiskey is intruded that is not currently in the system to fill barrel #1.  Diageo would not go on record as to who is making the Bourbon that is used to fill barrel #1, (or the rest of the Bourbon outside of the original Stitzel-Weller juice) but claims it is no younger than six years old.

There are also plans to turn the old tax-house into a lounge-like area so members of the media and trade partners can experience the effects the five levels of solera aging has on the final product. The company is very confident that those who taste each level will be able to notice a difference in how each one contributes.

There is hope that the renovated tax-house could also be used for a consumer experience.  Each bottle of Blade and Bow has one of five different physical keys on it.  Diageo is working on an interactive experience where key holders (purchasers of Blade and Bow) can actually use the keys if they make the pilgrimage to Stitzel-Weller, although exact details have not been finalized.

Although Diageo wouldn’t officially say there are four ingredients (corn, rye, wheat and malted barley) in the mashbill for Blade and Bow, they wouldn’t deny it either. This leads us to believe there is a good chance it’s a four grain recipe since Bourbon made at Stitzel-Weller was wheated.

To complement this new flagship for the Stitzel Weller Distillery, Diageo is also releasing Blade and Bow 22-Year-Old Limited Release.  This Bourbon has already scooped up a couple major awards winning “Best Straight Bourbon” and a Double Gold at the San Francisco World Spirits Competition.

The Bourbon inside this limited offering is not from Stitzel-Weller nor would the folks at Diageo tell us the exact name of the distilleries it came from.  But they did share the juice is from two distilleries, one located on 17th and Breckinridge in Louisville (current address of the Bernheim Distillery) and the other one residing at 1001 Wilkinson Boulevard in Frankfort (current address of the Buffalo Trace Distillery).

Diageo also gave us an idea of the mashbill of the limited release 22-Year-Old saying its around 15% rye, 7-10% malted barley and the rest corn.

Both of these Bourbons will be released in select markets starting in late April and early May with distribution of Blade and Bow Kentucky Straight Bourbon Whiskey eventually spreading to other markets.  The suggested retail price of Blade and Bow is $50 and comes in at 91 proof (45.5% ABV).  The 22-Year-Old Limited Release has a suggested retail of $150 and checks in at 92 proof (46% ABV).

The Blade and Bow Story