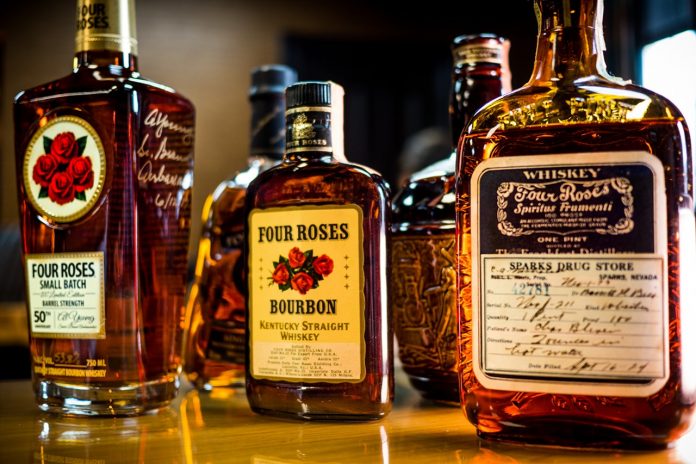 This year, Four Roses is raising a glass to a special milestone—130 years of handcrafting Bourbon. The brand’s storied history dates back to 1888, when Paul Jones, Jr. founded the company and named it Four Roses as a symbol of his passion for his true love. For more than a century, Four Roses has grown from its humble roots on Louisville’s Whiskey Row to an award-winning, internationally-recognized Bourbon brand. It has survived Prohibition, the Great Depression, two World Wars and 40 years abroad, and shows no signs of slowing down.

“Even after 130 years, we’re still growing as a company,” said Four Roses Master Distiller Brent Elliott. “We’re excited to celebrate the completion of the Distillery expansion project within the year, and I’m thankful for our loyal supporters who have made this success possible.”

Four Roses is inviting those loyal supporters to celebrate its 130th anniversary in a number of ways throughout the year. Historically-themed Bourbon tasting events will take place in Louisville and Lexington, Ky. in 2018, giving Four Roses consumers and friends the opportunity to visit historically-relevant locations, sip Four Roses’ family of Bourbons, and learn more about the brand’s history. The events will feature a traveling archive collection of historical Four Roses memorabilia, as well as a few special surprises. Dates and locations for these events will be announced soon.

“I’ve been working to compile the Four Roses archive collection for years, and I’m eager to share it with our friends at these tasting events,” said Four Roses Senior Brand Ambassador and Historian Al Young. “We have several items to show off that represent this unique Bourbon brand through the decades, including vintage bottles, glassware, advertisements and more.”

A digital version of the archive collection, commemorating and celebrating the history of the brand, is housed on a webpage dedicated to Four Roses’ 130th anniversary. Four Roses followers are invited to share photos of their own historic Four Roses collections on the Four Roses Facebook, Twitter or Instagram pages, or submit directly to the webpage, where a few favorites will be featured throughout the year.

Last, and certainly most tasty, a special 130th anniversary Limited Edition Small Batch Bourbon is slated for a fall release. The limited release product will launch during Bourbon Heritage Month, in September 2018.