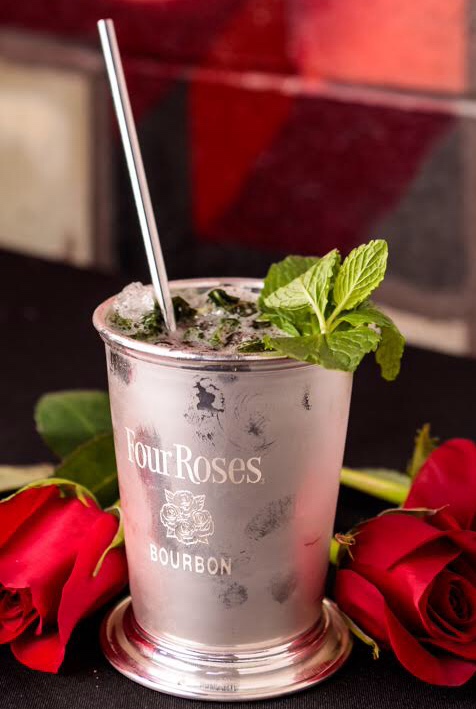 When you think of the Kentucky Derby Festival, you may also think of a mint julep—crushed ice, mellow Bourbon, simple syrup and fresh mint, all muddled together in a silver julep cup. Over the years, Louisville bartenders have continually put unique twists on this classic cocktail, but which julep recipe reigns supreme? Four Roses and the Kentucky Derby Festival have partnered together again this year to find out.

The finalists who qualified for this year’s competition include:

Notice anything about the finalists? Four of the eight bartenders come from our list of America’s 99 Best Bourbon Bars!

The top 8 have been selected from a group of nearly 20 applicants to compete for the top honors of Judges’ Choice and People’s Choice. The creative mixologists have handcrafted mint julep recipes all their own, using either Four Roses Bourbon, Four Roses Small Batch or Four Roses Single Barrel, along with an array of unique ingredients. A panel of beverage industry experts will taste and score the juleps based on aroma, creativity, taste and presentation.

The public is also invited to help judge the entries. Bourbon lovers can sample all eight Rose Julep recipes and cast their votes for the “People’s Choice” category. Tickets to Festival Unveiled and Rose Julep cost $30 in advance and can be purchased online. This event will begin at 5 p.m.