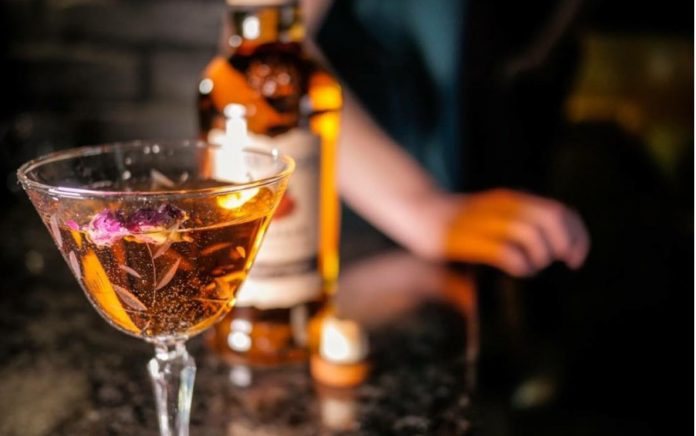 From Founder Paul Jones, Jr. to current Master Distiller Brent Elliott, Four Roses has been handcrafting Bourbon since 1888. This year, as Four Roses raises a glass to 130 years, they are inviting Bourbon lovers around the country to share how they handcraft the moment with Four Roses through the brand’s first-ever at-home cocktail competition.

“While most cocktail competitions feature experienced professionals, many Four Roses followers and friends create stand-out drinks for dinner parties, cookouts and any number of other mellow moments,” said Brent Elliott, Four Roses Master Distiller. “So, this time around, our search is on for the Best Home Bartender to create the official Four Roses 130th Anniversary Cocktail.”

This at-home cocktail competition is for someone who’s perfected a unique take on the classic Old Fashioned to enjoy with friends on a Friday night, concocted a creative pitcher recipe that can be batched for the family reunion, or mingled homemade ingredients to handcraft a special nightcap.

Think you’ve got what it takes? Upload your cocktail recipe, using Four Roses Bourbon, Four Roses Small Batch or Four Roses Single Barrel, at fourrosesbourbon.com/best-home-bartender, include a photo, and share a little bit about how you handcraft the moment for a chance to earn the rank of Four Roses Best Home Bartender. The winning recipe will be named as the official Four Roses 130th Anniversary Cocktail, which will be served at a number of events around the country.

Entries will be recreated by a qualified mixologist and judged by a panel of industry experts to determine who will reign supreme. Cocktail submissions will be judged on taste, creativity, aroma and presentation.

In addition to naming rights to Four Roses’ 130th Anniversary cocktail, the Best Home Bartender will receive a Four Roses barrel head, signed by Master Distiller Brent Elliott, and a trip for two to attend the internationally acclaimed Kentucky Bourbon Festival this September. The weekend trip will include roundtrip airfare to Louisville, Ky. and hotel accommodation, as well as dinner for two at the Brown Hotel on Thursday, September 13, two tickets to Let’s Talk Bourbon at Four Roses Distillery and VIP tour of Four Roses Warehouse & Bottling Facility on Friday, September 14, and two tickets to The Great Kentucky Bourbon Tasting & Gala. on Saturday, September 15.

Competing home bartenders must submit their entries by Tuesday, August 7, 2018 at fourrosesbourbon.com/best-home-bartender. The winner will be named on August 14, 2018.