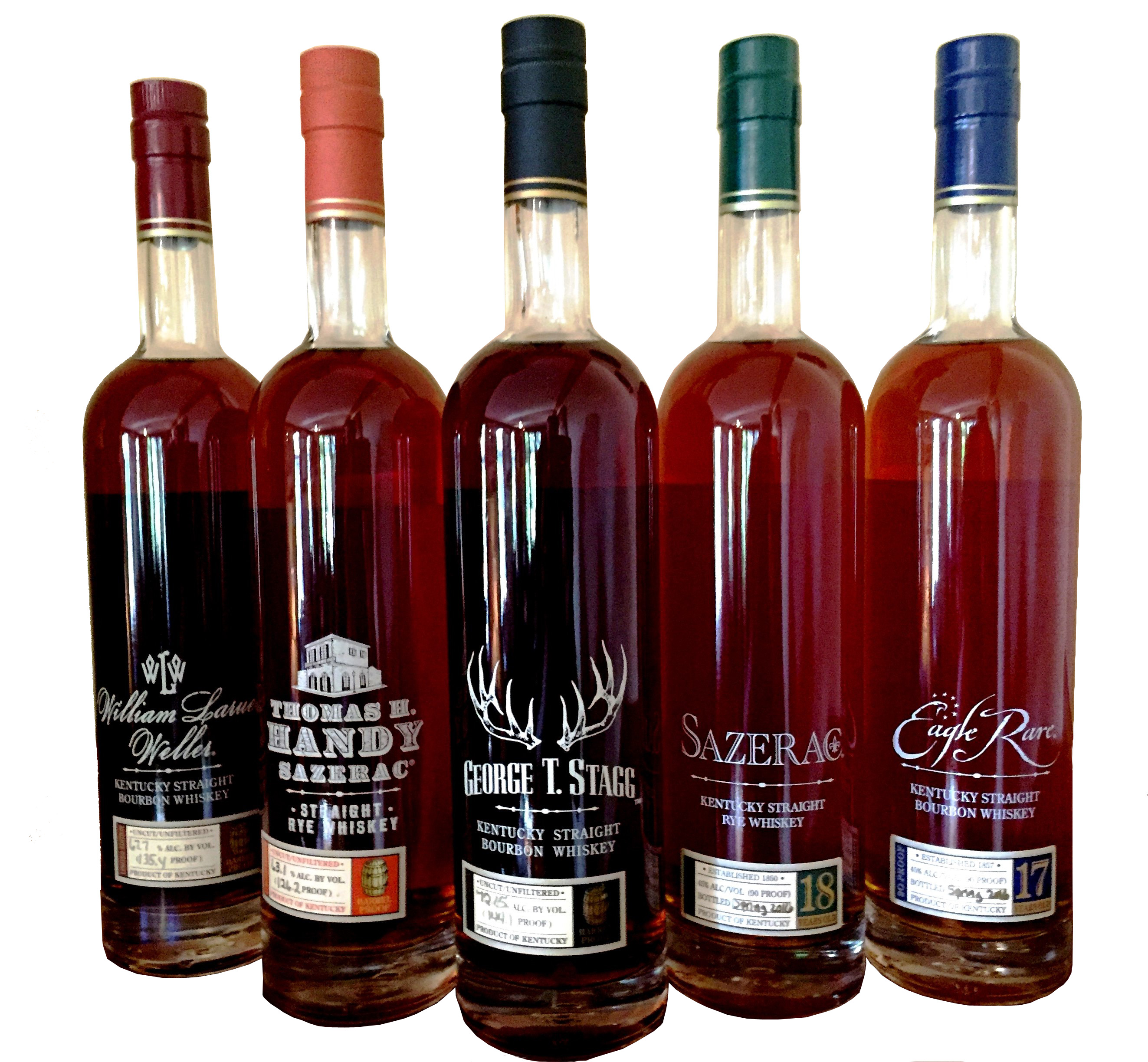 Here is a press release from Buffalo Trace that just came out today about the 2016 Antique Collection.  One of the highlights is this year’s Stagg will come in at 144.1 proof.

It’s the best time of the year for whiskey fans, as Buffalo Trace Distillery releases its 2016 Antique Collection. The highly anticipated collection will once again feature five limited-release whiskeys of various ages, recipes and proofs. Here’s what ardent fans can expect:

The powerhouse favorite of the Antique Collection, George T. Stagg weighs in at a hefty 144.1 proof this year.  Past releases of this uncut and unfiltered bourbon won many top awards, including twice named the number one spirit in the world by F. Paul Pacult’s The Spirit Journal. This year’s release contains bourbon from barrels filled in the spring of 2001. This batch contained 142 barrels, but not as many bottles as expected, due to some very greedy angels!  Storage location of these barrels varied across warehouses M, N, H, L and K.  Finding a bottle this fall will be difficult due to the low yield.  This whiskey tastes of dark chocolate, coffee and vanilla.

The Antique Collection’s uncut, unfiltered, wheated recipe bourbon is William Larue Weller. Previous editions of this wheater have won many accolades, including the “Bourbon of the Year” by Jim Murray’s Whisky Bible 2016 edition. The 2016 offering was distilled in the spring of 2003 and aged on the third and sixth floors of Warehouses D, K, and L.  This bourbon registers in at 135.4 proof – one of the stronger Weller releases.  The bold flavors include plum, figs and vanilla.

Thomas H. Handy is the uncut and unfiltered straight rye whiskey. The 2015 edition was named “Best American Rye Whiskey” at the 2016 World Whiskies Awards.  This year’s Handy was distilled in the spring of 2010; aged on the fourth, fifth and seventh floors of Warehouses I, K, and M, and weighs in at 126.2 proof.  The flavor has been described as toffee and cinnamon.

The previous edition of this bourbon was honored with a Silver Outstanding Medal at the 2015 International Wine and Spirits Competition. The 2016 edition has been aging on the first, second and third floors of Warehouses H and K.  This 90 proof bourbon was aged for seventeen years and tastes of leather, vanilla, tobacco and toffee.

Last year Sazerac Rye 18 Year Old was named the Best Rye Whiskey 11 Years and Older by Jim Murray’s Whisky Bible 2016 edition.  This 2016 straight rye whiskey release has notable flavors of smoke, clove and all-spice with a dry finish.  The barrels for this whiskey were filled in April of 1998, making them the first “new” batch in years not drawn from the stainless steel tank as the previous past few editions have been.  From this year onward, this whiskey will be drawn directly from barrels put away for 18 years, versus using any tanked whiskey.

The Antique Collection was introduced more than a decade ago and has become a cult favorite among whiskey connoisseurs. Since 2000 these whiskeys have garnered numerous awards from such notable publications as Whisky Advocate Magazine, Spirit Journal, and Jim Murray’s Whisky Bible.

The 2016 Antique Collection whiskeys will be available in limited quantities starting in late September or early October.  Suggested retail price is $90 each.  For more information visit http://www.buffalotracedistillery.com/brands/antique-collection.