Home Uncategorized Back to the Barrel 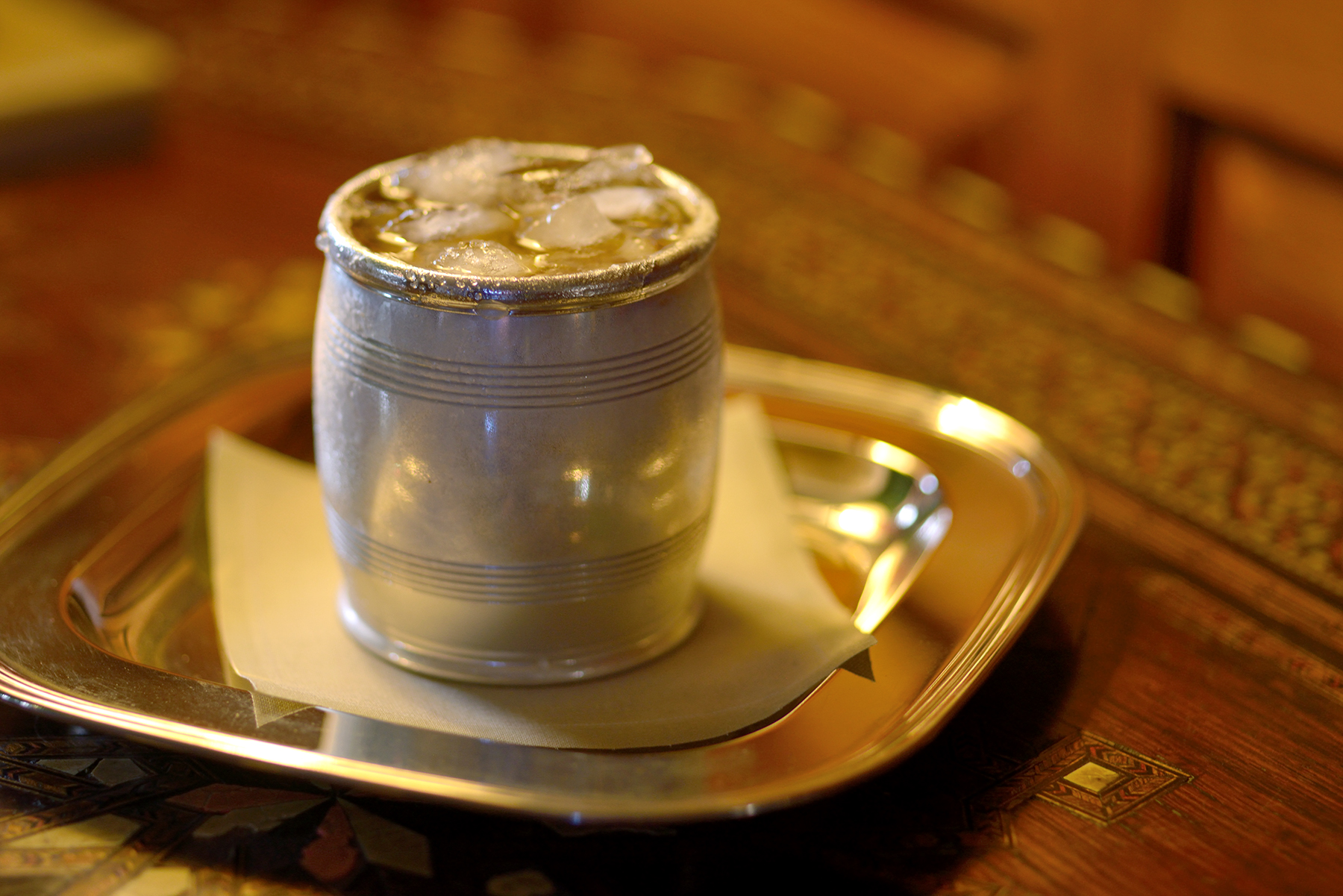 Before Kentucky’s julep cup, there was the barrel beaker — a silver vessel used to drink Bourbon — shaped like the charred-oak barrels used to age it. Now, from the land where Bourbon began, a small Lexington company is resurrecting those beakers after two hundred years.

Asa Blanchard, one of Kentucky’s most esteemed silversmiths, produced the timeless design from his Lexington shop, at Mill and Short Streets, back in the early 1800’s. Today, Lexington Silver is reproducing the iconic cups.

It was the history that hooked her. Two years ago, Fran Taylor formed Lexington Silver and partnered with metal manufacturer, Guy Hurley, in New England. Together they have recreated Asa’s barrel beaker design in sterling and pewter with engraving options.

Taylor says it’s an idea she’s been mulling over since she first saw Asa Blanchard’s portrait (by Matthew Harris Jouett) while in college at the home of a former boyfriend’s mother, the same portrait that now hangs at the Speed Art Museum in Louisville, Kentucky.

“Back in 1974, when I was a college student, a guy that I dated’s mom was an antique dealer, and she had the portrait of Asa Blanchard, said Taylor. She had Asa hanging in her dining room. She took the time to explain to me why she was most pleased to have the Asa Blanchard portrait of all the portraits.”

Around that time Taylor said Antiques Magazine did a Kentucky issue. In it, they had a picture of an original barrel beaker that Asa produced engraved with the letter ‘C.’ That was her inspiration. A blown up version of that photograph hangs in Taylor’s office today.

Years later, Taylor met her Lexington Silver partner while employed at Keeneland Race Course during the filming of Seabiscuit. Hurley was working on some promotional materials made out of metal.

“I asked him then about making the barrel beakers, and he politely declined,” said Taylor. “Two years ago he sent me a Christmas gift, and I sent him an e-mail saying, ‘I still want to do those barrel beakers.’ He then picked up the phone and said, ‘with at hot as Bourbon is right now–let’s do them.'”

Not long after that, Taylor was contacted by Garden & Gun Magazine wanting to feature the cups. Together they made a prototype of six barrel beakers complete with Asa Blanchard’s engraving style, which she also copied from the photograph she had saved from Antiques Magazine.

“I put the ‘C’ on them because I thought that was kind of neat,” said Taylor. “And my husband’s last name is ‘Cheek’ so I thought, well we could always use them around here if this doesn’t work out. I’ve got six of them.”

Taylor says her husband even helped with the first designs, “He’s an architect who does design building and construction. So, the first designs were done on his CAD machine. We were trying to get the exact dimensions. Exactly how far away the hoops were apart and how the folds were at the top. It really was amateur hour.”

Some may wonder why the Asa barrel beaker hasn’t been replicated until now, Taylor thinks it’s because of the rare level of skills needed to hand spin the metal and shape it on a lathe.

“Only a very experienced master spinner could create the Asa barrel beaker—it was true back in 1800 and is true today,” said Taylor.

Lexington Silver now carries three varieties of their barrel beaker: the original size 3-inch in both sterling silver ($1,200) and pewter ($119), the two-ounce jigger in both varieties ($99-$800), and the four-inch slim barrel beaker ($129), which only comes in pewter. They can be purchased at L.V. Harkness, in Lexington, or at lexingtonsilver.com.

“I think the Julep Cup has become ubiquitous. You see Julep Cups everywhere. The thing about the barrel beakers are that you don’t see them everywhere,” said Taylor. “They are unusual, and people put them in their hands, and they start smiling.”

Despite recreating a rich piece of Kentucky and Bourbon history, Taylor said that she has never actually held an original Asa Blanchard beaker in her hands.

“I would really love to be able to hold, weigh, measure, photograph his barrel beakers,” said Taylor. “I’ve held his julep cups but not a barrel beaker.”

Bourbon lovers can also check out the other items in the Asa Blanchard Collection; it includes jewelry, cufflinks, key chains and money clips–all with the barrel design.

“We took the barrel and used it as inspiration for other pieces,” said Taylor. “With the hope that people enjoy it. A barrel is iconic. Pretty much every form of distilled spirits started in a barrel or at one point was produced in a barrel – certainly Bourbon. So I think the barrel itself is an iconic image.”

Taylor said she believed Asa’s barrel beakers were such an important part of Bourbon’s heritage that it was worth bringing them back to the modern-era.

“I think a project like this does resurrect, but it also keeps it alive,” said Taylor. “History is always there waiting to be discovered if it’s been documented well enough. I’ve really enjoyed learning more about Asa Blanchard and his craft. I think he was probably a pretty remarkable guy.”