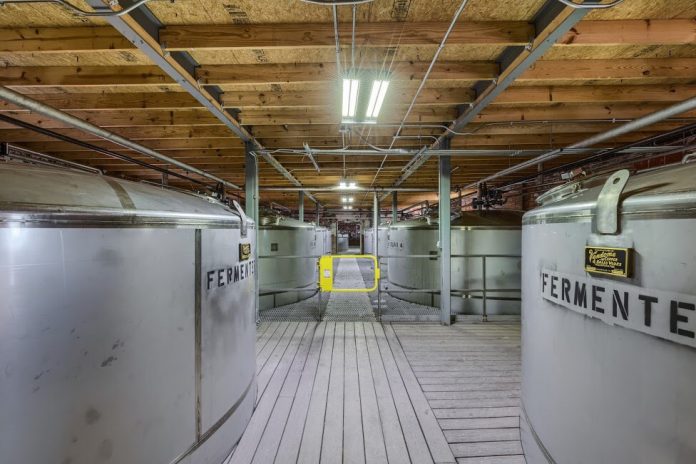 OZ Tyler Distillery has been a fixture in Owensboro, Kentucky for over 130 years. In 1885, W. McCollough first built the Green River Distillery on the site where OZ Tyler now stands. After a fire in 1918, 13 years of Prohibition, and a bankruptcy or two as the property changed hands, it was sold in 1939 to the Medley Distilling Company. The Medley Family maintained a hand in operations until 2007.

In 2014, the current owners, TerrePURE Kentucky Distillers, purchased the distillery and began renovations. They brought in a second generation distiller, Ron Call, who had forty years of experience at Jim Beam and Florida Caribbean Distillers, to consult on their new venture. When operations began, they hired his son Jacob Call as their newest Master Distiller.

“Being from Bardstown, I always wanted to get back to Kentucky to make Bourbon,” remembers Jacob Call. He spent the first part of his career at Florida Carribean Distillers learning the craft under his father, much the way his father Ron learned from Jacob’s grandfather at Jim Beam.

Now, for the first time in over 20 years, OZ Tyler Distillery is ready to release a new Bourbon and a new Rye. On April 12th, they plan to host the community at their distillery to release their first Bourbon (a 70% corn, 21% rye, and 9% malted barley blend presented at 90 proof) and Rye to the public. Each 750 ml bottle will have a price of $20.

“Our Bourbon is easy to drink, but still has enough of those rye notes to give it good character. That final filter through our patented TerraPURE process gives it a really smooth finish,” notes Call. 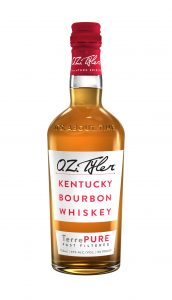 The distillery claims that their unique TerraPURE fast filtering process will replicate the effects of three years in a barrel in only 12 hours.

“But we still make our Bourbon very traditionally,” couches Call. The distillery mills their own local Kentucky grain, uses a column still and a copper doubler, and ages their whiskey in a #4 char oak barrel. After a year and a day of aging, the Bourbon is TerraPURE filtered before finally being bottled.

Want to get the newest offering in Owensboro? Visit the OZ Tyler Distillery on April 12th at 5:30 to purchase a commemorative First Production bottling!