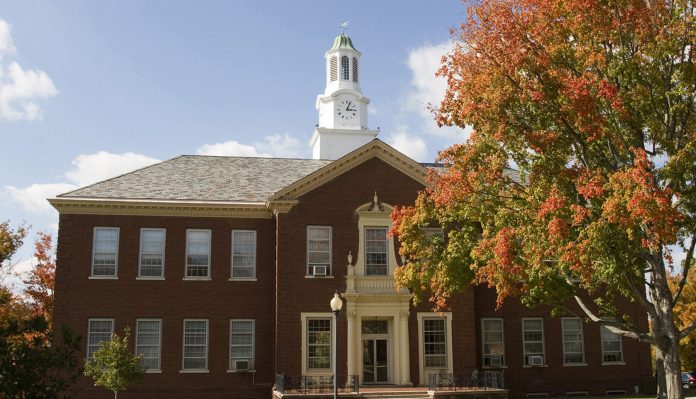 For a Bourbon lover, visiting different distilleries can be considered a type of religious experience. Stitzel-Weller, for example, touts itself as one of the true cathedrals of Bourbon. Anyone who’s spent a crisp fall afternoon touring a distillery remembers the incense of bubbling mash and the calm satisfaction of a perfectly stocked rickhouse. The Bourbon experience in Kentucky is about far more than just drinking whiskey, and now distilleries have curated experiences designed to tell guests the story of not only how the Bourbon was made, but who made it, and why.

Students at Midway University in Midway, Kentucky, learn how to create these experiences for the Bourbon lovers around the world who come to visit Kentucky. In response to the rapid growth of the Bourbon industry over the last ten years, Midway recently developed a curriculum for their MBA program that includes a concentration for Bourbon Tourism and Event Management.

Midway University was founded in 1847 as a women’s orphan school, where girls (who at that time would not have had the chance to learn to read) were trained as teachers. It became a junior college in the 1970s, but did not become the fully co-ed university that it is today until 2016. Adding a Bourbon program to the curriculum was part of the transformation from Midway College to Midway University. The school takes pride on its career focused programs for students, and in Kentucky many careers are built on Bourbon and horses. Situated on a 200 acre working horse farm in Woodford county, Midway finds itself at the heart of the industries that make Kentucky one of a kind.

The Bourbon industry in Kentucky is at an all time high. A recent study from the University of Louisville counted a record 52 distilleries and 6.8 million barrels aging in rickhouses across the Commonwealth. The current 1.2 billion dollar building boom drew one million visitors last year to the 20 distilleries listed on the Kentucky Bourbon Trail and the Kentucky Bourbon Trail Craft Tour, an attendance increase of 300 percent in the last decade.

“[Bourbon] is ours. It’s from here, we make it here, and we should understand and treasure it here,” says Ellen Gregory, spokesperson for the school. While Kentucky makes 95% of America’s Bourbon, many within the state have no idea what the industry entails. The two year program has yet to produce it’s first crop of graduates, but students are already feeling its impact. One student who grew up in Kentucky told Gregory the program gave her a newfound pride of her state, and gave her a deeper appreciation for the spirit and the distillers around the bluegrass who opened their doors to thousands of guests a year.

Students in the MBA program choosing a concentration in Bourbon Tourism and Event Management learn the business from the ground up. In addition to more traditional coursework in Business Law, Financial Management, and Strategic Marketing Management, coursework in Bourbon History and Evolution is required. Students also choose from electives such as Bourbon Women: Craft to Consumption, Fermentation, Distillation, and Maturation, and are able to take a look at tourism programs abroad in Scotland’s Malt Whiskey Trail and Tourism.

“The relationship between Bourbon and the consumer has changed, and that’s what we’re trying to reflect in these classes,” says Tim Knittel, a new professor for the program. Knittel knows firsthand how to craft a world class guest experience. He has spent nearly a decade working in Bourbon – first at the culinary program at Woodford Reserve under Chef in Residence Ouita Michel, and now as the owner of Distilled Living (a Bourbon education service). With Chef Ouita, Tim helped develop Woodford’s guest experience and tasting program, taking the title of Homeplace Host at the distillery. Knittel’s students in The History and Evolution of Bourbon will trace Bourbon’s story from its earliest days to the current craze.

Midway sees their students as ambassadors for America’s native spirit. “There are so many ways for people to experience Bourbon,” says Knittel. Some who come to visit Kentucky will want the science behind the distilling, while others will want to enjoy their Bourbon with food. Still others want to learn the stories of the master distillers who built the brands we still drink today. The school prides itself on career focused programs, and hopes to produce graduates ready to showcase their home state and its historic Bourbon industry for tourists from around the world.

For more information on the Midway MBA Program with a focus in Bourbon Tourism and Event Management, visit www.midway.edu.