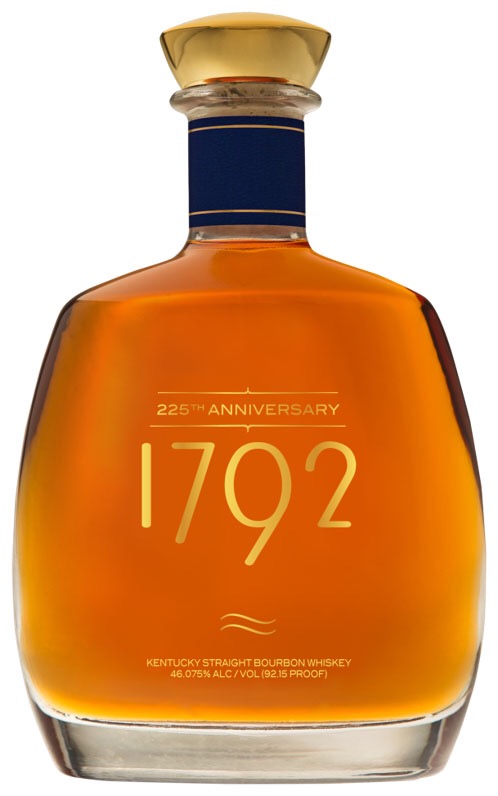 BARDSTOWN, KENTUCKY (May 30, 2017) – On June 1st of the year 1792, the Commonwealth of Kentucky joined the United States of America. Barton 1792 Distillery is releasing a commemorative 225th Anniversary Bourbon as a one-time release available only in Kentucky.

A distinct batch of barrels were hand-selected especially for this commemorative release. These barrels aged for 10 years at Barton 1792 Distillery before being bottled at specifically 92.15 proof. This special proof is a nod to the year 1792 and to Kentucky being the 15th state to join the Union. The dark blue neck band on the bottle and back label are a salute to the official state seal.

This Bourbon will be unveiled at the Barton 1792 Distillery private 225th Anniversary Party on June 1, where the Distillery is celebrating 225 years with fellow Kentuckians, elected officials and state tourism representatives.

This is the sixth limited edition release of 1792 Bourbon expressions, the 225th Anniversary Bourbon joins previous releases of High Rye, Sweet Wheat, Port Finish, Single Barrel and Full Proof Bourbons. The 1792 225th Anniversary Bourbon will be available at retail stores in Kentucky, including the Barton 1792 Distillery Visitor Center, starting in June. Suggested retail price is $35.99 for a 750ml bottle.